Samsung is planning on adding a 108MP quad-camera setup on the Galaxy S11 effectively putting it above the rest. 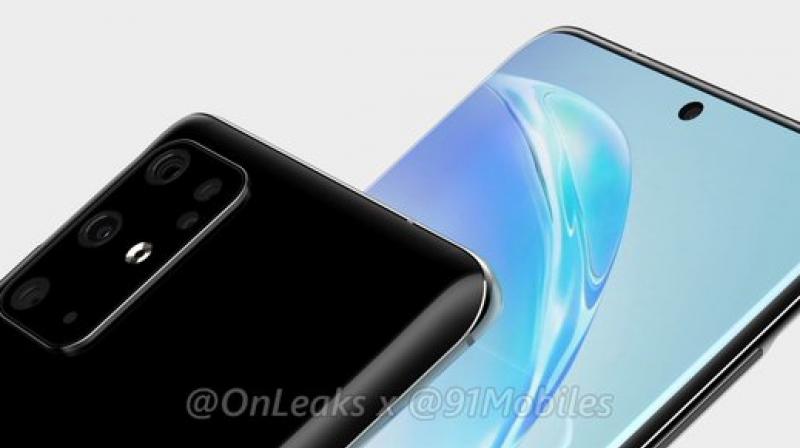 After a successful showing in 2019 with the Galaxy S10, the Galaxy Note 10 and more recently, the Galaxy Fold; Samsung has now turned its attention to 2020 and they are preparing to launch their first flagship of the year, the Galaxy S11. And, to add fuel to the mix, a recent report by Bloomberg claims that Samsung is planning on adding a quad-108MP camera setup here thereby elevating Samsung’s standing in the camera smartphone category quite significantly.

This would be an immense jump in terms of raw specifications, especially when pitted against the S10 which features a triple camera setup comprising of 12MP, 12MP and 16MP shooters. However, the fact that Samsung is adding a 108MP sensor should come as no surprise since Samsung already sells a 108MP sensor to other brands such as Xiaomi.

Additionally, unofficial renders of the Samsung Galaxy S11 have surfaced which show a rather substantial camera bump on the rear with five cameras fitted inside.

Guess who is bringing you the very first and early look at the #Samsung #GalaxyS11...😏
As usual, 360° video + gorgeous 5K renders + dimensions, on behalf of my Friends over at @91mobiles -> https://t.co/ejj58wPNSH pic.twitter.com/QNS2dsyLp7

The Samsung Galaxy camera array appears to be similar to what Xiaomi has used on the Mi Note 10 as per news reports. Apart from the primary 108MP sensor, there is also expected to be an ultra-wide lens and one with 5x optical zoom. There will also be a depth sensor for bokeh images as well as AR apps.

A related report by Mashable states, “Samsung will also put the high-res sensor, as well as a 5x zoom camera, onto its next foldable phone, which will reportedly have a clamshell design. This is interesting; the last rumour we've heard about that phone was that it'll be fairly cheap at $845, which indicated mid-tier specs”