Telangana, Andhra Pradesh, Karnataka, Kerala, Tamil Nadu consume nearly half the alcohol in the country and are ripe for home delivery. 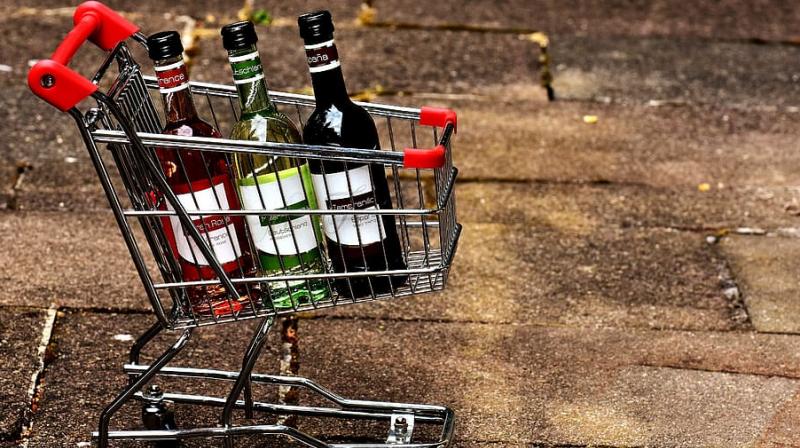 While liquor outlets have opened in most places in Andhra Pradesh, Telangana, Karnataka and Tamil Nadu, Kerala is still holding out. The state, whose largest source of revenue is alcohol sales, has exercised restraint in opening up its state-owned Beverages Corporation (Bevco) outlets, cautious about triggering a setback to its successfully continuing fight against COVID-19, as people would inevitably crowd the wine shops.

Tipplers in the five southern states of Telangana, Andhra Pradesh, Karnataka, Tamil Nadu and Kerala are eagerly awaiting the home delivery of alcohol as Zomato and Swiggy expanded the services launched in Jharkhand last week to Odisha today.

Less than a week after putting ‘wine shops’ in Jharkhand on its platform, Zomato expanded to Bhubaneswar and will soon deliver to other cities such as Rourkela, Balasore, Balangir, Sambalpur, Berhampur and Cuttack. Swiggy said it was starting with Bhubaneswar and Rourkela and would soon serve Cuttack and Berhampur as well.

The southward direction that the alcohol delivery services of the apps have taken bring hope to drinkers in the five southern states. While liquor outlets have opened in most places in Andhra Pradesh, Telangana, Karnataka and Tamil Nadu, Kerala is still holding out.

The state, whose largest source of revenue is alcohol sales, has exercised restraint in opening up its state-owned Beverages Corporation (Bevco) outlets, cautious about triggering a setback to its successfully continuing fight against COVID-19, as people would inevitably crowd the wine shops.

To get around the problem, Kerala is launching its own Bevco app called Bev Q. Unlike Swiggy and Zomato that offer home delivery, Bev Q is a mobile virtual queue management app, which will enable the state to reopen liquor outlets while getting the public to adhere to physical distancing norms.

It has even passed the Google test, reports said, paving the way for the app to be listed for download on the Android Play Store.

Nevertheless tipplers would like the option of Swiggy and Zomato home delivery.

After liquor shops across the country were shut down when the lockdown began on March 25,  as the restrictions were eased recently, the Supreme Court asked states to consider non-direct contact or online sales and home delivery of liquor during the lockdown period to prevent the spread of coronavirus on account of crowding at the shops.

Zomato and Swiggy, which already have a food delivery network in place across the country, then worked with state excise departments to work out the modalities of home delivery. To ensure compliance with safety guidelines as well as the laws on alcohol consumption, the two platforms verify the identity of the buyers to confirm they are not underage.

Users are required to upload a valid ID proof to order on the apps, which are later verified by delivery executives at the time of handing over the order. There would also be limits on how many bottles can be purchased, Zomato said.

Swiggy said it was partnering with authorised retailers after validating their licence and other required documents as outlined by the state government. It is also going one step further by getting customers to upload not just valid government ID but also a selfie, which the platform will use for authentication.

The company has partnered with HyperVerge to enable AI-face recognition for mandatory age verification and user authentication for alcohol deliveries, it said.