Clashes began between police and protesters outside the ground as demonstrations continued surrounding the Catalan separatist movement. 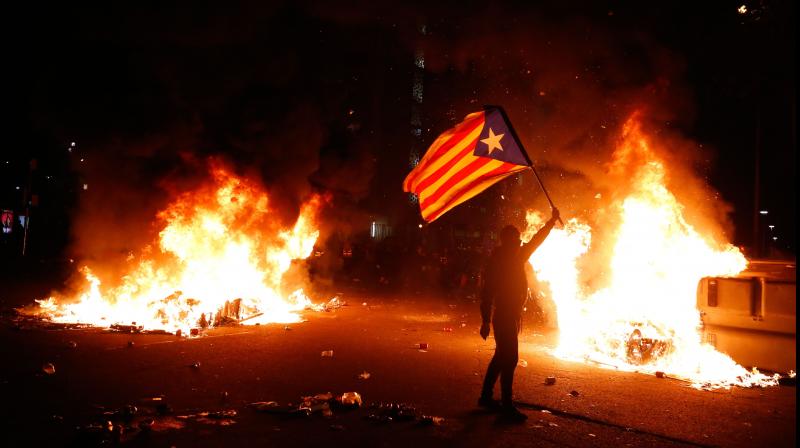 After the El Clasico match between Barcelona and Real Madrid ended as a goalless draw, protesters clashed with police outside the Camp Nou. (Photo: AFP)

Barcelona: After the El Clasico match between Barcelona and Real Madrid ended as a goalless draw, protesters clashed with police outside the Camp Nou.

Clashes began between police and protesters outside the ground as demonstrations continued surrounding the Catalan separatist movement, with several arrests and reports of injuries, Goal.com reported.

Nine people have been arrested for throwing objects at law enforcement officials.

The match between the two rivals was originally set for October 26, but the Spanish FA decided to push back kick-off by two months after fierce protests in Barcelona regarding prison sentences handed down to several key figures in the Catalan separatist movement.

As the game neared its conclusion, an announcement was made over the Camp Nou loudspeaker for fans to avoid certain exits, as fires had already been set by demonstrators outside the ground.

When the final whistle was blown, clashes between protesters and police intensified. Reports stated that masked protesters set trash bins on fire and threw rocks and glass bottles at police.

The second Clasico of the season is scheduled for March 1 and will take place at the Santiago Bernabeu in Madrid.