IPL 2018: MS Dhoni reveals what happened before his retention by Chennai Super Kings

The Chennai-based franchise returns to the cash-rich league after two years due to a ban in the wake of the 2013 IPL spot-fixing scam. 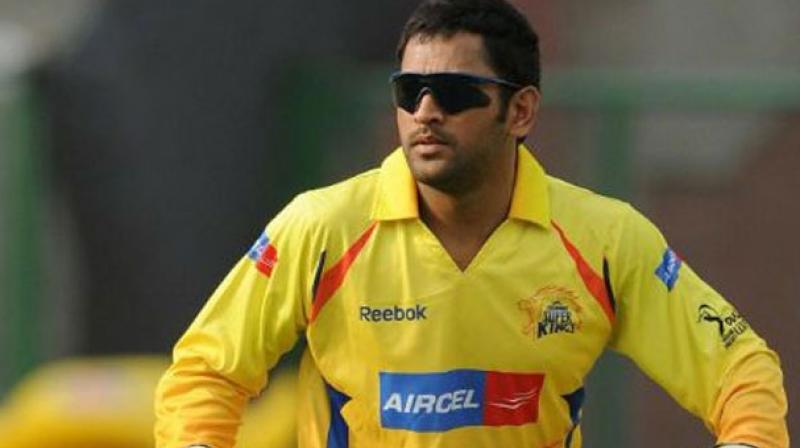 MS Dhoni was an automatic choice for leading the side once it was confirmed that Chennai Super Kings will be part of this years Indian Premier League. (Photo: PTI)

Chennai: Former India skipper MS Dhoni said that he was happy to be back with Indian Premier League (IPL) franchise Chennai Super Kings which he considers to be his second home and never thought about playing for another team.

"I never thought of playing for any other franchise other than CSK. Chennai is my second home. Fans here have adopted me as one of their own. A lot of people approached me, I can tell you that, but i can't think of not coming back to CSK," said Dhoni at sidelines of an event.

The Chennai-based franchise returns to the cash-rich league after two years due to a ban in the wake of the 2013 IPL spot-fixing scam.

“What we have been through, how we have conducted ourselves, how the management has been. How the fans have been. This is a special place. So that thought of being in any other franchise was never a question," he added.

Apart from Dhoni, CSK retained Suresh Raina and Ravindra Jadeja who earlier played, for now, dysfunctional Gujarat Lions for two seasons. India’s premier off-spinner R Ashwin, who has been the mainstay for CSK was surprisingly was sent to the auction pool.

When asked about retaining R Ashwin, Dhoni said "As I have said, it is always a tough call. With Ashwin, you know we had done the same thing in the past. We will definitely go for him (Ashwin) in the auction. Ashwin definitely being a local lad, we want a lot of local players to be part of CSK.”

With only two Right to Match (RTM) cards available, the team from Chennai will have their task cut-off and with Ashwin in the auction pool, the bidding war will certainly get more intense.

"We have two right-to-match options but having already retained three capped Indians, don't think we can use it. We will have to buy him (R Ashwin) out in the auction. As of now, it is tough to say, we will get him. Ashwin will come first in the auction for us. But we will have to wait and watch. We will try to get him," he added.