Scales are tilted in favour of home teams

The Australians are bullying a hapless, inexperienced team from Pakistan while the New Zealanders are giving nightmares to Joe Root’s Englishmen. 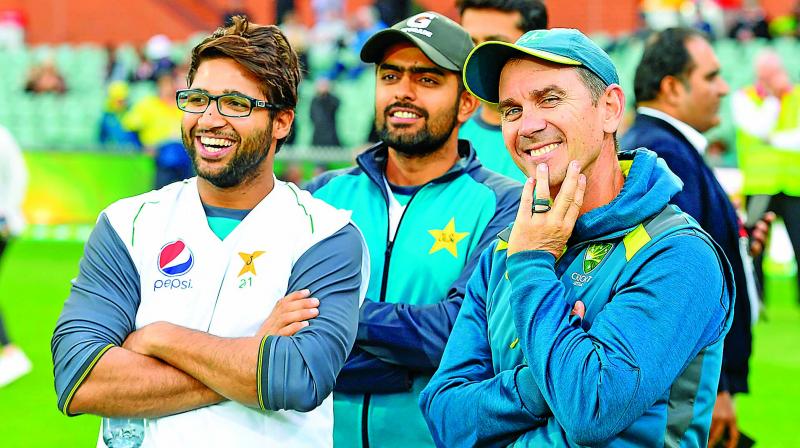 The general response from critics and fans alike on the recent series’ in the World Championship of Test cricket (WCT) has been elucidated in one word — ‘mismatch.’ And rightly so, as we saw in two completed ties against South Africa and Bangladesh in India and the series’ currently ongoing down under. The Australians are bullying a hapless, inexperienced team from Pakistan while the New Zealanders are giving nightmares to Joe Root’s Englishmen.

Watching David Warner take Bradmanesque strides in the two Test matches at Brisbane and Adelaide with a total of 489 runs, out just once in two innings, gives us an idea of how badly the scales are tilted in favour of the home team. The capitulation of the Pakistan batsmen, so far in the unbalanced game (cannot call it a ‘match’) on the same pitch that looked great for batting while the Aussies did, shows the power of the home team. Ditto the case when India wrapped their encounters on their home turf.

One would have thought that visitors England would have given hosts New Zealand a run for their money but ended up leaking the other kind of ‘runs,’ the kind that fill the scoresheets. The Kiwis pasted the Englishmen by an innings and 65 runs in the first Test at Bay Oval, Mount Maunganui.

The one aspect that all teams in the WCT must have realised, by now, is that they need to take full advantage of the games played in their home conditions to maximise their tally of points gained.

The three home teams that have dominated the WCT series so far — India, Australia and New Zealand — have ‘batted once and batted big,’ as described by veteran Englishman Stuart Broad after two days of play in the second Test at Hamilton.

Broad thought he and his fellow compatriots (read bowlers) may have given their side a chance having finished the Kiwi first innings at 375 runs. To follow his advice the batsmen will have to get at least 500 plus runs to put a drop of sweat on the forehead of Kiwi skipper Kane Williamson. With the kind of form that the home team batsmen have displayed so far, Williamson has yet to fire, Broad should probably have advised his lot rather than address the English batsmen.

Take the case of David Warner who became the second highest individual scorer for Australia in Test cricket after his unbeaten 335 against Pakistan. Of the 23 centuries that he has scored in Test cricket, only five have been notched abroad.

Two of those came against (and in) Bangladesh and three in South Africa. In non-Aussie conditions, the southpaw’s highest average in Test cricket is 27.16 in Sri Lanka while it is 67.25 at home. For those critics who keep hounding batsmen from the Asian sub-continent about their dominance in local conditions, Warner’s case is a prime example of a case by a non-Asian whose lack of runs away from home has never been questioned.

The general opinion, so far, is that the tussle for the WCT pennant is between India, Australia, New Zealand and England. The teams that win most matches in ‘away’ series will be the ones to contest the WCT final at Lord’s, England in June 2021. One does hope Virat Kohli and company are watching the Kiwis at work before they embark for their first real Test.