They have asked how Mr Modi remembered these things after four years of coming to power. 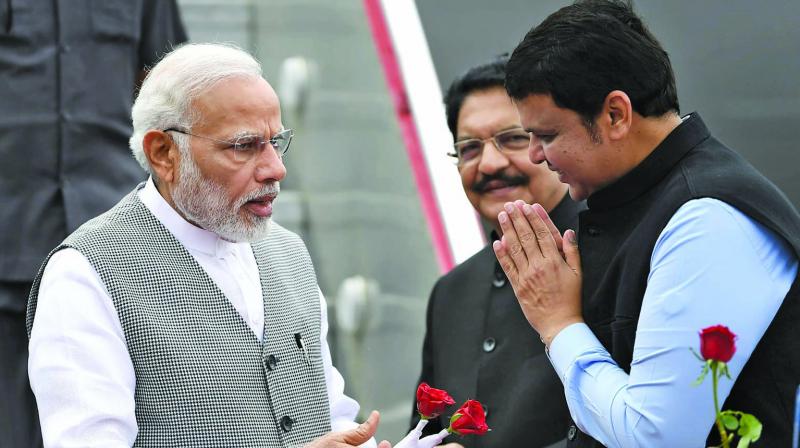 Mumbai: The opposition and the Shiv Sena have lashed out at Prime Minister Narendra Modi over his allegations against the Congress in connection with the national emergency imposed in 1975. They have asked how Mr Modi remembered these things after four years of coming to power. Getting back at the PM, the opposition and the Congress have even said that there is “non-declared emergency” in existence in the country during Mr Modi’s tenure.

The Leader of the Opposition in the state Legislative Assembly, Radhakrishna Vikhe-Patil, said, “The PM has claimed that they have started celebrating constitution day. But the Congress-led government had issued the government resolution on November 24, 2008, and constitution day is being celebrated across the state, since nine years. The BJP government has done nothing on all fronts; So, to mislead the people, the PM is raising the old issue of the emergency”

NCP spokesperson Nawab Malik said, “The Congress made a mistake, people punished them and later, they were forgiven and came to power. The people will never punish again and again for the same thing. But the BJP has to face the same situation after next year’s elections.”