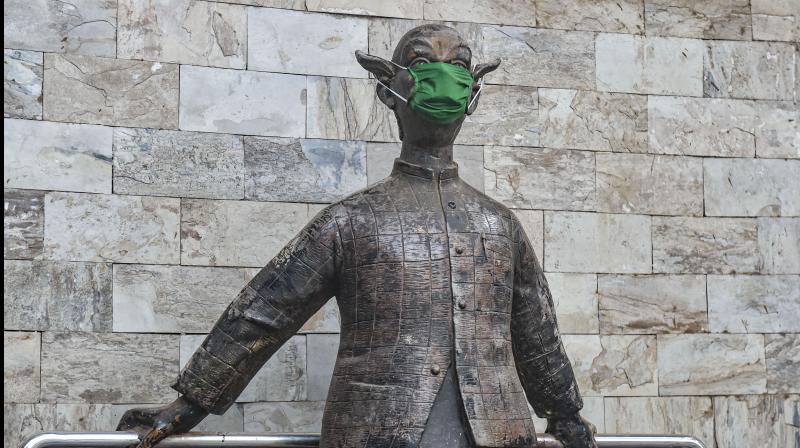 A statue of the Common Man, made famous by the cartoonist R K Laxman, is seen wearing a protective mask in Mumbai on March 23, 2020. (PTI)

Mumbai: The crime branch of the Mumbai Police on Tuesday busted a racket hoarding N-95 masks and seized  25 lakh pieces worth Rs 15 crore.

Four men were arrested after a raid carried out at Sahar in Andheri and some godowns in Bhiwandi.

Police were alerted when Mumbai police commissioner received a tipoff about the racket and sent a decoy posing as a buyer.

The undercover team from unit IX of the Crime Branch intercepted three trucks in the Sahar area while the masks were being transported. They found 25 lakh masks that were to be sold at a premium in the market.

The team subsequently raided three godowns at Bhiwandi and arrested four persons. They are on the lookout for other members of the racket.