Environmental groups and local fishermen from Uran on Friday wrote to the mangrove committee about the matter. 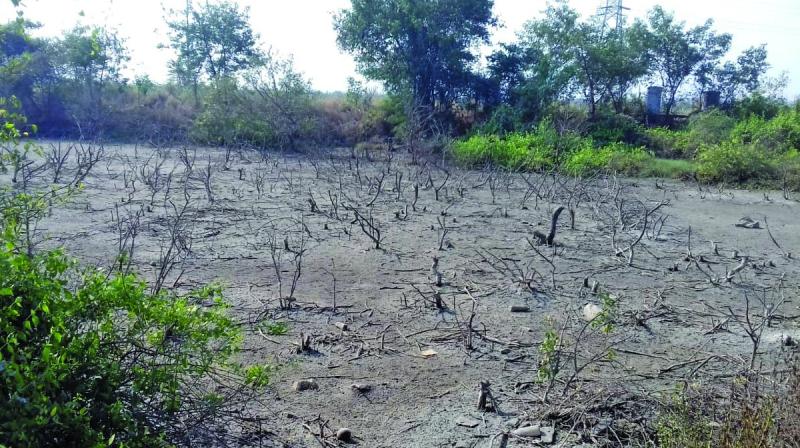 Mumbai: In another incident of destruction of mangroves in eco-sensitive Uran, over 5,000 mangroves were destroyed due to the release of polluted water after washing chemical tankers in the 4th Container Terminal area of Jawaharlal Nehru Port Trust (JNPT), activists have alleged.

Environmental groups and local fishermen from Uran on Friday wrote to the mangrove committee about the matter.

The activists alleged that mangroves covering a 1km stretch that was 50m wide were now dead and these included a five hectare plot and about 5,000 mangroves.

“This is perhaps the third incident in recent times involving the destruction of mangroves in the area. A series of oil tankers, parked on the railway track at the terminal, are regularly washed and the water is discharged into the mangrove zone. This obviously chokes the plants and they die,” said B.N. Kumar, director of Nature Connect Foundation.

Local fishermen also confirmed the release of chemicals into the mangroves and stated that dead fish were surfacing in the region.

“Dead fish are now floating in the area and flowing into the sea. Already, the fishing community has been rendered jobless as we have been prohibited from catching fish in the area,” said Dilip Koli of Paaramparik Machhimar Bachao Kruti Samiti.

The activists also highlighted that the Maharashtra CZMA, in its environmental clearance for the container terminal, had already stipulated that no loss should be caused to the mangroves.

In their earlier complaint to the high court  committee, they stated that mangroves over 20 hectares were destroyed, affecting 4,500 mangroves.

“The development of the 4th container terminal has been repeatedly causing environmental destruction. The authorities must realise that their own projects will be in danger of tidal water attacks which will anyway drown the villages in the vicinity due to the massacre of mangroves,” said Nandakumar Pawar, head of Shri Ekvira Aai Pratishtan.