Three-day summit will have discussions on varied topics.

Mumbai: Prime Minister Narendra Modi will inaugurate the Magnetic Maharashtra event, which aims to boost the economy of the state, on February 18. The three-day summit will have various interactions, signings of memorandums of understanding (MoU) and guidance by industry leaders. The focus to get investment will be on defence, genomics and artificial intelligence sectors.

In a packed three-day programme, PM Modi will attend a high tea with CEOs of major companies in Maharashtra, which will be followed by a cultural event in the evening. On the second day, discussions will be held on emerging technologies in various sectors, the future of jobs in industries, smart cities and a programme on export oriented industrialisation, an official from the industries department said.

Chief minister Devendra Fadnavis will himself discuss the journey towards a trillion dollar economy while innovations in the state will be honoured, and the government will award some of the best industries, he added.

On the last day, issues such as water conservation and the way ahead for Mumbai will be discussed. Mumbai, also being the entertainment hub, will feature a seminar on the media shaping the future of information and entertainment. Women entrepreneurs will have a separate session to discuss issues and problems and share their success stories also, the official said. 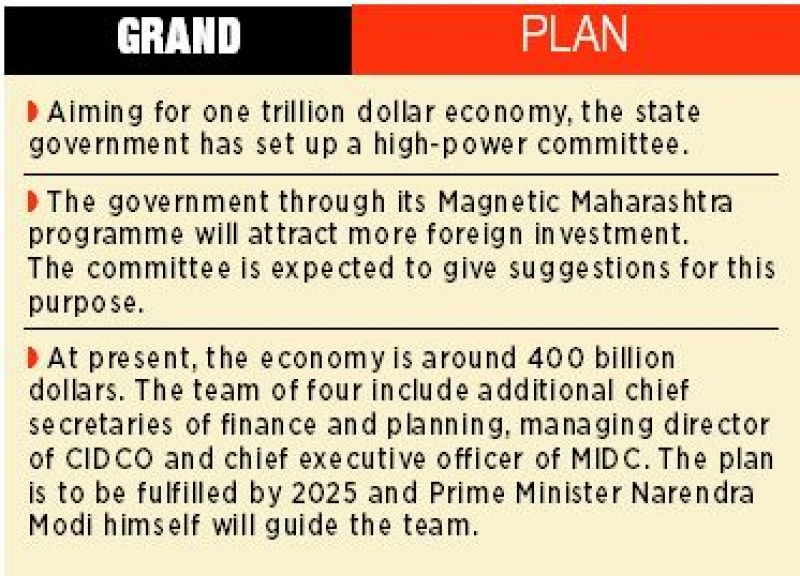 Variousprogrammes to be held at mega event

Discussions will be held on emerging technologies in various sectors, the future of jobs in industries, smart cities, the media,
entertainment and women entrepreneurs. A programme will be held on export- oriented industrialisation.