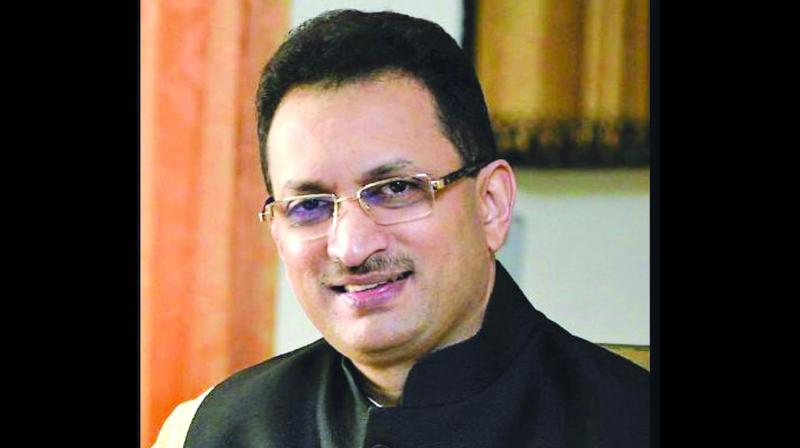 Mumbai: Just when it looked like the month-long political crisis in Maharashtra was a closed chapter, Bharatiya Janata Party (BJP) MP Anantkumar Hegde dropped a bombshell on Monday, claiming that Devendra Fadnavis was made chief minister for the second time only to prevent Rs 40,000 crore in Central funds meant for development from falling into the hands of the Shiv Sena, NCP and the Congress.

Mr Hegde, an MP from Karnataka, claimed that Mr Fadnavis — in a bid to prevent the “misuse” of the funds — had transferred the amount to the Centre just 15 hours after becoming chief minister despite lacking a majority.

“You all know that recently in Maharashtra for just 80 hours our person was chief minister, but soon Fadnavis resigned. Why did we have to do this drama?

Didn’t we know, despite knowing we don’t have majority, why did he become CM? This is the question commonly everyone ask (sic),” Mr Hegde said while speaking in Uttara Kannada district on Saturday.

“It was entirely planned earlier itself. Once we got to know about three parties forming government, it was decided that a drama has to be played out. So, adjustments were made and oath was taken by Fadnavis as CM. After oath within 15 hours, Fadnavis systematically ensured that the money reaches where it had to and protected it,” the BJP leader said.

Mr Fadnavis, obviously embarrassed by the claims, promptly issued a denial, stating that no major decision was taken during his second stint as chief minister.

However, the claims provided fresh ammunition to the Shiv Sena, which lashed out against its former ally and Mr Fadnavis. Sena MP Sanjay Raut said Mr Fadnavis’ purported actions were “treachery against Maharashtra”. Terming Mr Fadnavis and the BJP criminals, he said the state chief secretary should clarify on the issue.

The NCP said Prime Minister Narendra Modi must resign if Mr Hegde’s claims were truthful. “It is impossible for the state government to return Rs 40,000 crore to the Centre. If at all the claims are true, then Prime Minister Modi will have to step down from his post,” NCP chief spokesperson Nawab Malik said.