Live feed would also be available, as and when needed, according to the request for proposal (RFP) document of the project. 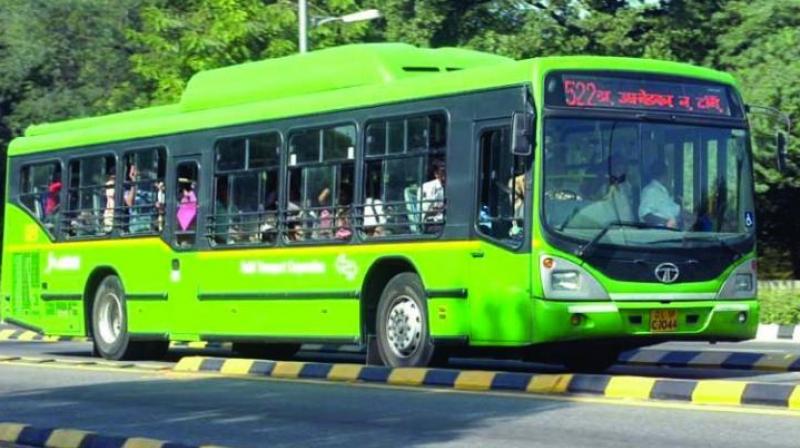 At present, the corporation has a fleet of 3,781 low-floor AC and non-AC buses, which are being operated through 40 bus depots across the national capital. (Representational image)

New Delhi: The Delhi government has sought allocation from the Centre under the Nirbhaya fund to finance a project of installing CCTVs in DTC and cluster buses.

The transport department of the Delhi government has approached the Union home ministry for financial assistance for the project and has started the process to hire a consultant to execute the project through a vendor.

The Delhi Cabinet in June this year had approved the transport department’s proposal to authorise Delhi Transport Corporation (DTC) to call tenders and sign the agreement for installation of Closed Circuit Television Cameras (CCTVs) in 6,350 DTC and cluster buses.

The project, estimated to cost around Rs 140 crore, seeks to equip each bus with three internet protocol-based cameras. Screens of appropriate size would also be provided in each bus to telecast the output from the cameras systematically.

The data will be stored, monitored and analysed at a centralised command and control centre to be established as part of the same project and the footage of each camera would be accessed and viewed in real time from a control room.

Live feed would also be available, as and when needed, according to the request for proposal (RFP) document of the project.

The central government had set up the Nirbhaya Fund, a dedicated corpus aimed for implementation of initiatives at enhancing women’s safety and security in the country, in the wake of the December 16, 2012 brutal gangrape incident in the national capital.

The CCTV project’s objective is to ensure safety and security of the passengers, particularly of women commuters, through a video surveillance system and panic buttons in the buses, the RFP document read.

At present, the corporation has a fleet of 3,781 low-floor AC and non-AC buses, which are being operated through 40 bus depots across the national capital.