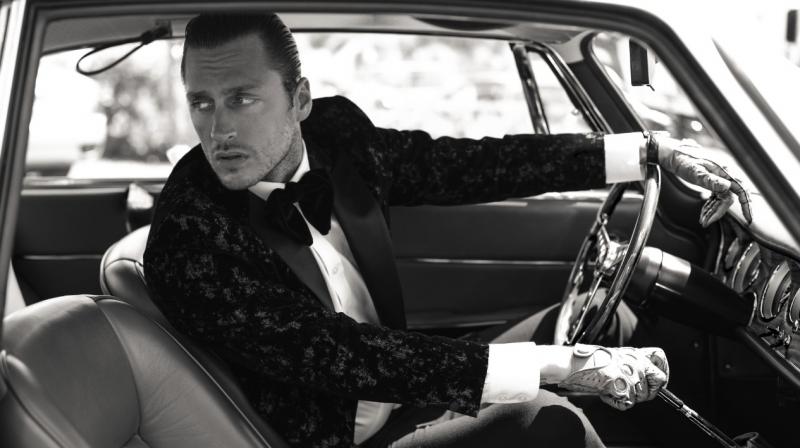 Having talent in one particular field is what defines a person’s expertise but to be multitalented in several things is an altogether different experience. Be it a DJ, model or an influencer, Pietro Pizzorni can rightly be called as the jack of all trades. His career in music has given the young man tremendous recognition with chart-topping electronic and melodic techno tracks like AXIOM. Besides music, Pietro is known for his classic aesthetic and fashion sense. Growing up on the shores of Miami, the influencer observed that most of the people opted for the beach and casual wear.

That’s when he created a niche for progressive gentlemen who usually prefer exquisitely tailored suit. “In Miami, there’s hardly any class in the way men dress. By emulating classic men’s style, I aim to resurrect the aesthetic of a true gentleman”, said Pietro. With an image of a gentleman, the influencer grabbed the attention of many fashion brands after which he started modelling for Wilhelmina. His success in modelling has bagged partnerships with major men’s fashion brands including STITCHED Lifestyle, Suitsupply and Ducati.

Moreover, luxury cars and motorbikes are a part and parcel of Pietro’s gentleman aesthetic. Undoubtedly, his posts on Instagram make a point on why he is rightly the modern-day James Bond. Those tailored suits, waistcoats, jackets and trousers which he dons posing in front of a Ferrari or a Shelby Cobra proves that there is nobody close to him in terms of luxury fashion. With this, he also featured in Univision’s primetime reality TV show Enamorándonos as the owner of “Pietro’s Bar. In less than a year, the show’s ratings have tripled which has made Pietro Pizzorni a household name.

All in all, his love for music is above everything. The multi-faceted personality in the last 12 years has spent time perfecting his sound and experimenting with electronic music, house music, underground music and melodic techno. With producing new music, the year 2020 will see many of his musical works getting released. The current situation of COVID-19 crisis has seen Pietro working on some of the best musical works. Last month, Pizzorni conducted weekly sessions which streamed live across social media platforms called the Sunset Sessions along with DJ Miss Nine. Even in such a difficult phase, the gentleman is doing his best to entertain the audience with his works.