Masterful historical fiction in the backdrop of mid-18th century India

It hurtles the reader down a trail of action and adventure unadulterated by long soliloquies, philosophising or literary ramblings. 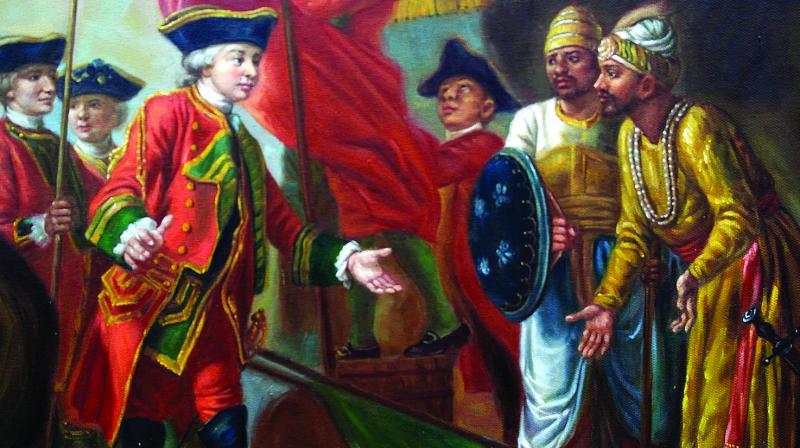 The middle decades of the 18 th century were exciting though turbulent times for India. The Mughal Empire that had held the country together for centuries was slowly dissipating; Maratha hordes were sweeping across the country leaving a trail of death and destruction; nawabs and rajas had taken control over smaller kingdoms and provinces; and the European powers, chiefly the French and the British, were beginning to assert themselves. This was a time of upheaval and momentous change.

Inspired by the historical characters and events of mid-18th century India, Diana and Michael Preston, who write under the pseudonym of Alex Rutherford, have composed a riveting, action driven blockbuster which is certain to be as successful as their previous novels set in historical India.

Their earlier work, the six volume series Empire of the Moghul, a major work of fiction that sold hundreds of thousands of copies, covered events during two centuries of Mughal rule from Babar to Aurangzeb. One reason for the success of those novels was the meticulous research that went into them.

It is the same attention to details and historical authenticity that marks their latest novel Fortune’s Soldier. The book, written as a straightforward old-style narrative, is an absolute reading pleasure. It hurtles the reader down a trail of action and adventure unadulterated by long soliloquies, philosophising or literary ramblings.

The protagonist is a young Scotsman, Nicholas Ballantyne, the heir of a nobleman of the Scottish Highlands. His uncle, the laird of Glenmire, sends Nicholas away to Hindustan perhaps to shield him from the political intrigues of England and Scotland of that period. The rebel Prince Stuart has planned an uprising against the King of England, and France has promised him help. The lairds of the Scottish Highlands too have been obliged to support the rebel’s cause.

Ballantyne learns of all this and his uncle’s involvement in the plot while in India. When he hears of Prince Stuart’s defeat and the confiscation of his uncle’s estate, he is distraught and decides to leave the East India Company’s service and strike out on his own. Fortunately, he is dissuaded from doing so by his friend Robert Clive, a young ambitious man in the Company’s service who is destined to make history as well as a fortune and an enduring name for himself as the architect of the British Empire in India.

Nicholas Ballantyne, the book’s protagonist, is a purely fictional character. But the authors have so beautifully woven his involvement with the historically true actions of empire builder Robert Clive that the events in the book seem as real as actual history. The result is a masterfully composed work of historical fiction that tells the story of Robert Clive and his role in establishing British rule in India. The perspective chosen is intriguing and transforms boring old history into something new and compelling.

While the destiny of Robert Clive is foretold, that of Ballantyne isn’t. What will happen of the youngman? Will he survive in tumultuous Hindustan, especially given Clive’s proclivity to adventure and risk? Will he in the end manage to retrieve his uncle’s lost honour? These and many more questions will constantly assail the reader as the plot unfolds.

To readers not acquainted with the history of India, especially of the mid-18th century, the book will prove educative, not just about politics but about life and times in India of those days. Based in London, Diana Preston is an Oxford-trained historian while her husband Michael is a literary scholar who read English in Oxford. Their books marry properly researched historical facts with literary fiction. “Fortune’s Soldier” therefore is no sloppy piece of writing spun out solely for a good read. It is a work of history too in some ways as it projects a different view of historical events.

The book would be of interest to Indian readers as well because it is not condescending or insensitive about Indian views or sentiments. The rise of Robert Clive is treated as a human rather than an imperial enterprise.

“Our greatest love is India where we’ve spent at least a year of our lives. Our research into the building of the Taj Mahal for our non-fiction book “A Teardrop on the Cheek of Time”, led us to explore the early history of the dynasty which built the Taj – the Moghuls,” wrote Diana Preston in their website. This passion for India clearly continues.