Meet up the French way

The French Curiosity Club, a project that seeks to strengthen bonds between women,held its debut event in the city. Here’s what it was like. 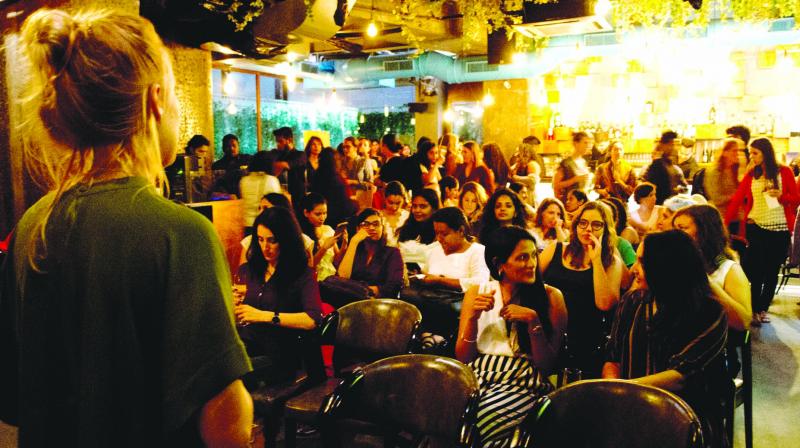 The recently held inaugural event in Mumbai was hosted by stuntwoman Geeta Tandon and saw the participation of 81 women.

The evening was a veritable soiree with elegantly dressed ladies indulging in tête-a-têtes and sipping on glasses of their preferred beverage. However, this wasn’t some French socialite party, but a get-together of curious minds, all belonging to women. The meet-up, which was exclusively for women, was organised by the French Curiosity Club (FCC) for the first time in the city. Margaux Hammer, who is the founder of this club, says that she started it because she wanted to encourage women to engage in open discussions on topics that matter to them. “I believe being curious helps you understand other people better. It also helps you find ideas for your work and meet new people,” says Margaux.

The club, however, has its roots in France, where it was established in Paris in 2015. Talking about the genesis of the club, Margaux says, “I was meeting with lot of inspiring women during my stay in the USA as a lawyer and I learnt a lot from their struggles. I took these stories as inspiration while building this club in Paris.” Since then, the club has come a long way and has launched a branch in London as well. Mumbai is the latest city to enjoy the club’s presence.

The recently held inaugural event in Mumbai was hosted by stuntwoman Geeta Tandon and saw the participation of 81 women. The club’s Mumbai-based team member, Zainab Daud with five other team members, put together the show. When asked why she chose to hold the event in Mumbai, Margaux says, “It was an obvious choice. The city is very vibrant and full of surprising women who deserve a platform. Their stories should be told so that other women also feel inspired.” 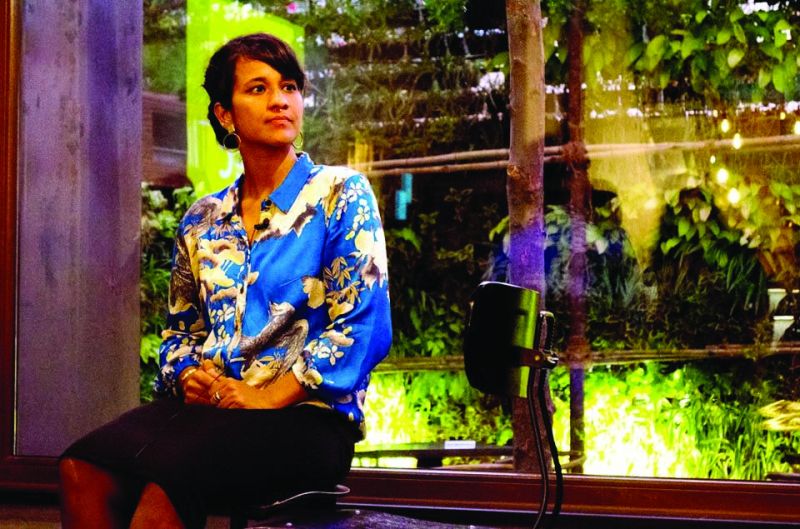 The event, which begun at 8 pm, followed a proper schedule: 30 minutes for beverage choosing, where women chose from a variety of champagne and wines. Post this commenced the main event, where the invited speaker, Tandon, shared her story for 30 to 35 minutes. After this, for the next 50 minutes, members engaged in discussions and asked the speaker questions. This is the format of all FCC meet-ups. However, when asked who the speaker for the next event will be, Margaux keeps the suspense going by saying, “This is a surprise for all. What I can tell you is that the woman will be passionate, inspiring and surprising – someone you haven’t met before. We will never disappoint our guests.”

While the format of the event sounds exciting, one wonders why the event is restricted to women. Is there an agenda involved? “Well, it’s not for feminism or anything,” says Margaux promptly. “Women do not spend enough time outside like men. So, we wanted to create an event dedicated to women that would give strong women a  platform. We hope their stories inspire many women and stimulate strength in them. Women are innovative too, so it is a place for them to come and show their creativity as well,” adds Margaux.

Women interested in being part of FCC meet-ups have a lot to look forward to, for Margaux plans to start more FCC clubs in 12 other countries in the next three years. And the best part is that any person, a woman of course, can attend FCC meet-ups. As Margaux says, “We want to keep this open for all, there is no membership system and anyone can join us.” However, there is a small fee involved. “We have to pay the bills for drinks, food and the venue, so there is a moderate fee to join us at the event,” reveals the lawyer. Well, it seems like a small price to pay for all that one stands to gain from these meet-ups.