Advertising mavens weigh in on the power of unconventional brand identities and atypical marketing campaigns. 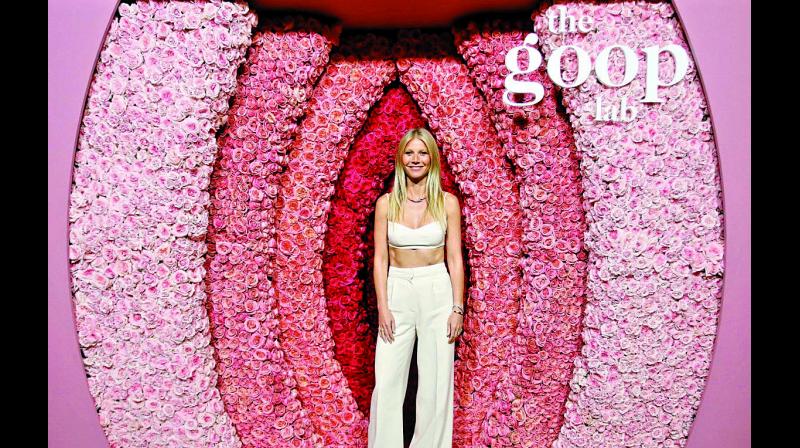 When it comes to big sales figures, business folks don’t lose sleep over the little controversies that come with popular marketing gimmicks. As the saying goes, “If it doesn’t sell, it isn’t creative,” and actress Gwyneth Paltrow must be a believer because she recently made huge profits by selling a candle that smells like her vagina. The odd product went viral after it was listed for $75 on Goop, and lie even anded her in trouble for sexism, but Paltrow saw it all as ‘good controversy’ for her business and did not apologize for being a smart businesswoman.

Similarly, a few days back in India, an allegedly fake meme featuring a popular condom brand taking a dig at Delhi Police with the tagline ‘better protection than Delhi Police’ took over the Internet. In the age of controversial viral content, an easy way to stand out in the crowd is to be exceptionally good or bad to get maximum attention – and brands aren’t shying away from taking the risk.

Like good women, good ads too rarely make history. But higher the shock value, greater is the impact on consumers. Mumbai-based film director Adeeb Rais calls it “Unconventional marketing for millennials” and adds, “There is no doubt that slightly unconventional campaigns help brands get noticed. They grow considerably on recall value, and controversial campaigns often help generate that. Today’s youth also appreciate brands that have a more brave voice than playing around with the sugar-coated, tried and tested techniques that used to work in advertising back in the days.”

Shock value has worked as a marketing ploy to an extent since the history of early advertising, but the medium has changed now. It is up to the brand to navigate both the good and the bad responses from consumers as cleverly as possible, says marketing professional Nandini Swaminathan. She opines, “I think it’s important to remember that mere shock value isn’t the key. The brand in itself needs to either be as viral as Goop or have a value proposition that’s strong enough to tie in with the campaign. Else, it tends to fall flat. I saw an ad by Wakefit, a mattress brand that claimed to offer an internship that lets you get paid 1 lakh rupees for sleeping on the job. The ad instantly checked on three main objectives -- consumer interest, brand recall, and popularity – which made it viral on social media.”

Interestingly, industry insiders feel ad gimmicks help the brand to be disruptive in the category, which allows it to stand out. Sankalp Anand, a business partner at ad company BBH, says, “This kind of advertising allows a brand to stand out in the market, giving it an edge over other competitors who follow the conventional way. Now because they have changed our perception entirely after a bold ad, we as the TG associate these brands in a new and positive way.”

On the other hand, many professionals do not agree with the “shock strategies” around branding and promotions, as it could backfire and harm the reputation. Rahul Narvekar, motivational speaker and marketing expert, says, “Gimmicks can only create temporary interest and intrigue but don’t help drive sales. Interesting marketing strategies, of course, drive sales but they should be done keeping customer preferences in mind. Targeted marketing drives conversion. Any marketing strategy needs to be taken into the account and should be based on why and how customers make decisions. Creatively done campaigns keeping these things in mind can boost the sales trajectory.”

A promotional campaign should aim at creating a buzz by making people shape their conversation around the brand, but “there is a discerning difference between striking and objectionable,” cautions creative consultant Prabhjeet Singh Sethi. “Users certainly take notice when there’s any shocking element in a product or advertisement. But the attention gained does not guarantee long-term results or conversion. Risking it by touching someone’s raw nerve is a gamble, and not all gambles pay off. Not all consumers might take your advertisement/product in their stride. And as far as trolls are concerned, they might impact the mindsets of other potential consumers. Shock advertising, as the term goes, needs to consider its hygiene factor. Personally, I am a fan of ads that use wit in the right way, for instance, Amul’s standalone ad that celebrated the onset of 2020 saying “Tu Bees (20) Baddi Hai Mast Mast,” Sethi sums up.