Payment of rs 5 by cheque at Madurai public toilet

The woman did so since she was unable to find change to pay at the public toilet. 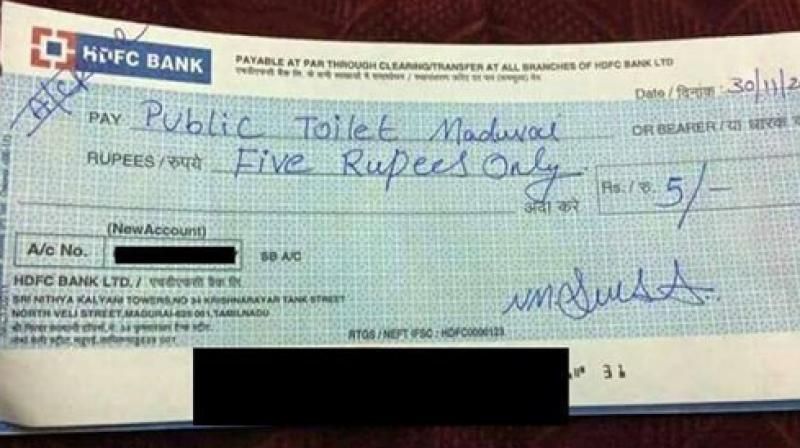 The cheque had 'Public Toilet Madurai' written on it (Photo: Facebook)

Madurai: A major cash crunch has followed demonetisation of high denomination currency in the country since people are either lining up outside ATMs to withdraw cash or outside banks to get new currency notes, as some have switched to cashless transactions.

While e-payment and card payment saw a rise in the past few weeks following demonetisation, one individual decided to take things to a new level when He/she couldn’t find Rs 5 change to pay at a public toilet, as she wrote a cheque for Rs 5.

The cheque written by a person in Madurai had ‘Public Toilet Madurai’ written on it, and was shared on Facebook by a user BRM Muralidharan, who mentioned it as a sign of country moving towards a cashless economy.