Alcohol is detrimental to health

Alcohol consumption may be on the rise, but experts warn that it’s detrimental to one’s health in any quantity. 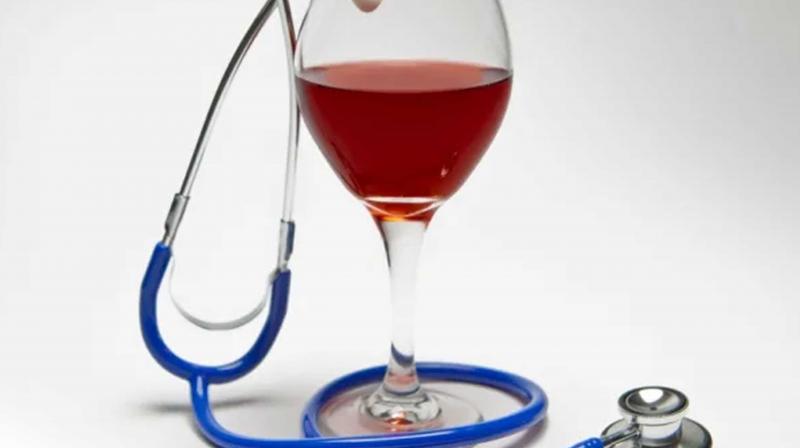 While most people are aware that alcohol consumption is harmful to health, the truth is that there is a massive increase in the year-on-year consumption of alcohol. Drinking at gatherings, office parties and weekend get-togethers have become so routine that one seldom stops to question whether this socially accepted practice is harming one’s health. According to a study published in The Lancet journal, India’s annual alcohol intake increased by 38 per cent from 2010 to 2017 from 4.3 litres per adult per year to 5.9 litres per adult per year. The study also stated that there has been a 70 per cent increase in alcohol consumption per year globally from 1990 to 2017.

Most people in urban India believe that a couple of drinks a week or over a weekend can’t do much harm. But ask doctors and you will be surprised to know that there is no safe limit to alcohol consumption. “No amount of alcohol is safe. Any amount can have an impact on health and affect the liver,” says Dr Mahesh Gopasetty, senior consultant Hepato-Pancreato-Biliary and Liver Transplant Surgery, Fortis Hospitals. Is there a standard that is accepted in the medical community on how much alcohol is harmful? “Can there be a standard for how much poison you want to take,” questions Dr Dheeraj Karanth C, consultant gastroenterologist, Vikram Hospital, Bengaluru.

Alcohol is detrimental to health and there is not a single organ in the body that is not impacted by alcohol use, says Dr Dharmesh Kapoor, senior consultant, Hepatology, Gleneagles Global Hospitals, Hyderabad. “Everyone knows that alcohol affects the liver. There is a spectrum of liver conditions it can cause. It can cause alcoholic fatty liver disease (AFLD), alcoholic steatohepatitis (ASH), alcohol cirrhosis where the liver is scarred and it can be irreversible and finally liver failure or end-stage liver disease needing transplant,” he explains. “About 20 to 30 per cent of cases for liver transplant have alcohol as the prime reason.”

Alcohol also affects most other organs of the body. “It can cause alcoholic pancreatitis, alcoholic neuropathy, nephropathy, it damages the CNS affecting neurocognitive function, it affects the heart causing cardiomyopathy, it also affects insulin producing cells,” says Dr Kapoor. Alcohol use is also associated with deficiencies especially when it is not taken with food. “It can also cause infection disease, neuropsychiatric disorder, cancer, cirrhosis, pancreatitis and intentional and unintentional injuries,” adds Dr Karanth.

“It can also cause sleeping problems and psychological problems like depression. Of course, social problems like loss of job, familial problems due to increased consumption can also occur,” says Dr Shalini Joshi, consultant, Internal Medicine, Fortis Hospital, Bannerghatta Road. “And there is always the risk of addiction and even substance abuse, many a time goes with it.”

A study published in The BMJ found that light to moderate alcohol consumption is associated with a reduced risk of multiple cardiovascular outcomes. And many other studies have extolled the benefits of red wine on health. “But what we forget is that such studies are for a different population. We are genetically programmed to eat grains, not wine and cheese as is the practice in Europe. Such studies cannot be extrapolated to Indians,” says Dr Joshi. “Alcohol reacts differently in different racial populations. In Indians it gets metabolised differently as compared to Europeans,” she explains. “The genetic make-up of a person plays an important role in how alcohol impacts him,” adds Dr Gopasetty. He believes that there are many factors that determine how alcohol impacts a person and that’s why different people are impacted by different amounts of alcohol.

Why binging is bad