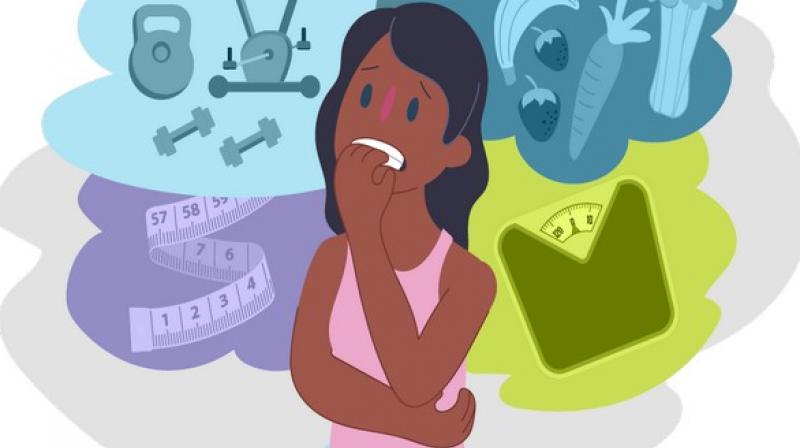 The study published in -- Pediatrics -- shows that large, rapid weight loss is the best predictor of medical and psychological problems in patients with atypical anorexia, not their body weight at diagnosis. (Photo: ANI)

Washington: While you may think that you look fit, you might be at serious risk from the inside, says a study on atypical anorexia. Traditionally, individuals had to be below 85 per cent of their ideal body weight to receive a diagnosis of anorexia nervosa, a disorder characterised by restrictive eating, over-exercising, distorted body image and intense fear of weight gain.

But in 2013, a new category of an eating disorder was formally recognised: atypical anorexia nervosa.

Individuals with this condition meet all other diagnostic criteria for anorexia nervosa but have normal body weight. "This group of patients is under recognised and undertreated," said the study's senior author, Neville Golden, MD, professor of paediatrics at the Stanford School of Medicine.

"Our study showed that they can be just as sick medically and psychologically as anorexia nervosa patients who are underweight," added Golden. The study published in -- Pediatrics -- shows that large, rapid weight loss is the best predictor of medical and psychological problems in patients with atypical anorexia, not their body weight at diagnosis.

Dangerously low heart rate and blood pressure, as well as serious electrolyte imbalances and psychological problems, are common in patients with atypical anorexia whose weight is within a normal range, the study found.

"The bigger context is that, over the past 30 years, the prevalence of adolescent obesity has quadrupled, and teens are being told to lose weight without being given tools to do so in a healthy way," Golden said.

Obese teens who adopt unhealthy behaviours -- such as severe food restriction and extreme exercise -- may initially be praised for weight loss or told not to worry about eating-disorder concerns because they aren't underweight.

"By the time they get to see us, they've lost a tremendous amount of weight, their vital signs are unstable and they need to be hospitalised," Golden said. Researchers used statistical modelling to determine which factors best-predicted illness severity. The amount, speed and duration of weight loss were linked with worse illness; body weight at the time of diagnosis was not, they found.

"If a patient was obese, the goal is not to have them regain all the lost weight," Golden said, adding that a mixture of metabolic, hormonal and psychological measures may be needed to define a healthy weight instead. "If someone gains a bit of weight, regains menses, and is doing well socially, emotionally and cognitively, that might indicate that they are in a place of recovery," he said.