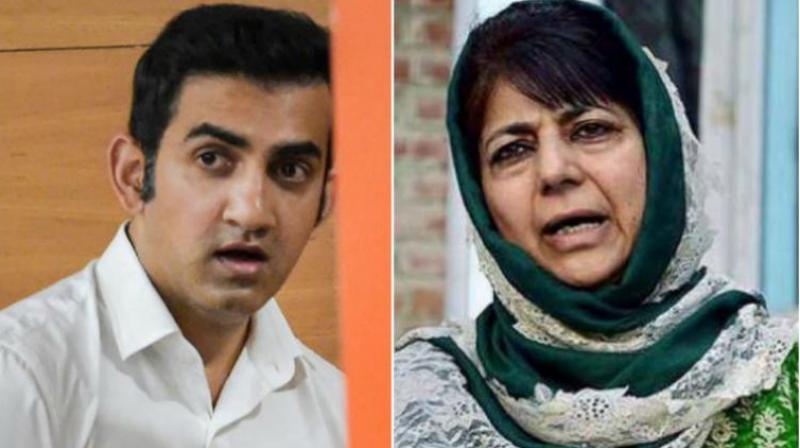 This is not the first time when the two have locked horns over the issue. In April over Article 370, Mufti blocked Gambhir on the micro-blogging website. (Photo: PTI)

Mufti tweeted: "Since 1947, Kashmir's been looked through the prism of security by successive governments. It's a political problem that needs a political redressal by involving all stakeholders including Pakistan. Expecting a quick fix through brute force by newly appointed HM (Home Minister Amit Shah) is ridiculously naive," she said.

In defence of Shah, Gambhir said: "While I am all for a talk-based solution to Kashmir problem but for Mehbooba Mufti to term Amit Shah's process as 'brute' is 'ridiculously naive'. History has been witness to our patience and endurance. But if oppression ensures security for my people, then so be it".

This is not the first time when the two have locked horns over the issue. In April over Article 370, Mufti blocked Gambhir on the micro-blogging website.