Ishrat Jahan said both her children were missing since 11:15 am on Thursday and that her brother and his wife were behind it. 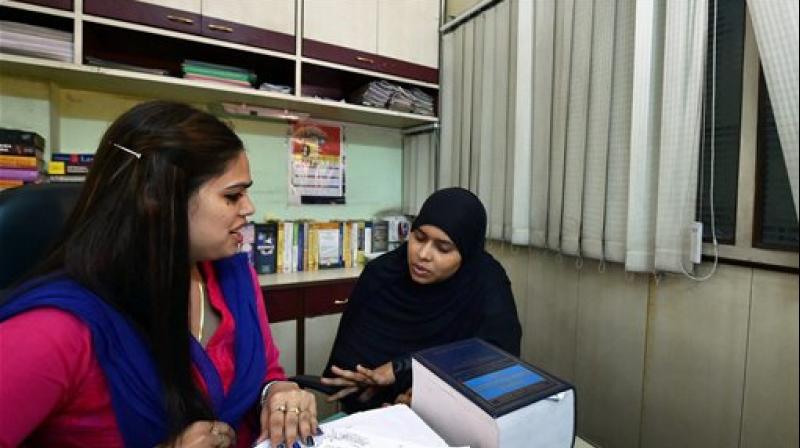 Ishrat Jahan (R) had claimed to have received threats after the historic Supreme Court verdict on August 22, 2017. (Photo: PTI)

Kolkata: Ishrat Jahan, one of the five women who challenged instant triple talaq and won, has alleged that her two children have been missing.

According to ANI, Ishrat Jahan had registered a complaint at Golabari Police Station in Howrah.

Ishrat Jahan had claimed to have received threats after the historic Supreme Court verdict on August 22, 2017.

Ishrat Jahan said both her children were missing since 11:15 am on Thursday. She said, "My brother and his wife are behind it."

Following the historic Supreme Court verdict on triple talaq, Jahan, had written to West Bengal Chief Minister Mamata Banerjee, seeking security for herself and her children after allegedly facing threats from in-laws and neighbours.

Ishrat's husband had divorced her over phone from Dubai in 2014 by uttering 'talaq' thrice, a practice that was struck down by the apex court on August 22.

She has a 13-year-old daughter and a seven-year-old son.

The verdict was delivered in a 3:2 majority by a 5-judge bench of all faiths -- former chief justice of India J S Khehar, Justices Kurian Joseph, Rohinton Nariman, Uday Lalit and S A Abdul Nazeer.