The unsafe and unhygienic life of a manual scavenger

Since 1993, 1,471 people have died due to manual scavenging in India. On an average, 100 people die every year cleaning the sewers. 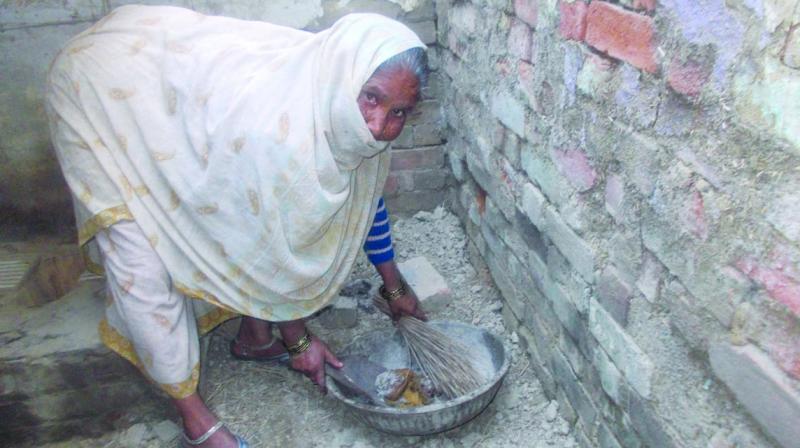 Since this type of work does not come by on a daily basis, Ranjit also takes up other part time jobs such as cleaning cars in the locality.

Ranjit aged 25, lives with his parents, his wife and a one year old daughter in one small room in Okhla — a densely populated part of Delhi. He is one of the many in the Valmiki community who is forced to go down septic tanks for a living. Ranjit has taken over from his father who is bed ridden now. A typical day for Ranjit starts with waiting for a phone call from a household anywhere in Delhi. Cleaning government-owned sewer lines, according to him, it doesn’t pay much. “Two or three people together clean a tank,” Ranjit says.

“It takes around six hours to clean a tank, especially if it hasn’t been cleaned for ages,” he says. The wage is anywhere between Rs 1,000 to Rs 1,200, which is then divided between the three. He uses a bamboo stick to measure the depth of the tank and to figure out if there are any deadly reptiles inside. “It is impossible, the stench. My father used to consume alcohol to tolerate the smell. He also used to say alcohol saves you from the dangerous gases coming from the tank.”

Ranjit tried finding other work but wasn’t able to because “no one would give a person from the Valmiki caste, any other job.” His wife has tears in her eyes when he describes his day. He looks at her and continues. “When I had just gotten married, she found it difficult to adjust. I would smell of poop for days.”

Since this type of work does not come by on a daily basis, Ranjit also takes up other part time jobs such as cleaning cars in the locality.  In one month, he earns around Rs 5,000 to Rs 6,000, which is not enough to take care of his family. He says, “I have a one-year-old daughter, my mother also does sweeping and swabbing in other houses to meet the expenses of the family.”

Ranjit tried his hand at other works but due to his family’s involvement in this work, no one offered him any other job. After his father’s illness, he had to do this work without wasting any time. He says, “I did not have enough time to wait for better work.” 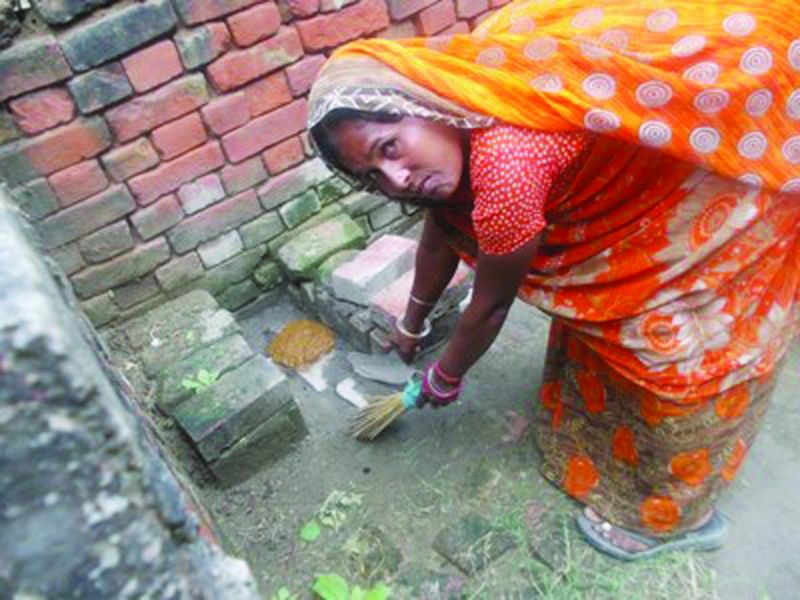 With tears in her eyes, Ranjit’s wife says, “There was a lot of problem in the beginning. It seemed like the entire house smelled of poop.  I make sure that the house is cleaned thoroughly every day. My husband bathes after returning from work. I keep wishing that he could get rid of this work. Right now my daughter is very young, but when she grows up, what will be her state of mind after seeing her father’s work. I keep worrying about this matter. The fact that this work is affecting his health is a different matter to contend with. There is also danger of life, and the earning is not something special to talk about”. Scared for his health, Ranjit says: “It is easy to contract tuberculosis and jaundice. My father had zits on his head before he was bedridden after being a scavenger for 30 long years.”

When asked if he knew about the Employment of Manual Scavengers and Construction of Dry Latrines (Prohibition) Act, 1993, which was extended in 2003 to cover people working in septic tanks and sewer lines, he shakes his head. “Doesn’t matter. No one will give us any other job. We are cursed.” “We cannot afford to have a toilet in our homes here, but are destined to clean the waste of others.”

Bezwada Wilson, chief of the Safari Karmachari Andolan, an NGO committed to the total eradication of manual scavenging and the rehabilitation of all scavengers for dignified occupations, says, “Unfortunately, there is no awareness about the safety and employment of the cleaning staff even among the government officials. Then how can they expect that the person doing this work on a personal level should know about this? There is no mechanisation of this process nor other facilities for cleaning workers like in other countries.”

NDTV has reported that seven people died in Delhi during the last two months cleaning the sewers. Since 1993, 1,471 people have died due to manual scavenging in India. On an average, 100 people die every year cleaning the sewers in India. On August 6, three people died in South Delhi’s Lajpat Nagar. Normally, to do this work, mobile desilting machines or sewer suction machines are used, but when the capital Delhi itself uses human beings as scavengers in place of machines, you can very imagine the state of affairs in the rest of the country.

On July 15, 2017, noting that manual scavenging is prima facie a contravention of human rights and the right to live with dignity enshrined by the Constitution, the Madras high court directed the Centre and the state governments to ensure the implementation of the Prohibition of Employment as Manual Scavengers and their Rehabilitation Act, 2013. The first Bench of Chief Justice Indira Banerjee and Justice M. Sundar issued the directive while entertaining a PIL from Safai Karmachari Andolan.

Section 7 of the Act prohibited persons from being engaged or employed for hazardous cleaning of sewers and septic tanks. It was true that those engaging manual scavengers in contravention of Sections 5, 6, and 7 of the Act rendered themselves liable to be punished under sections 8 and 9 of the Act.

The authorities should take immediate steps to ensure that there is  no contravention of Sections 5, 6, and 7, the Bench said. The petitioner contended a survey showed the prevalence of the practice even now. The Act remained only on paper, he said and prayed for a directive to the ministry of social justice and employment and the Tamil Nadu government to restrain themselves from engaging directly or indirectly manual scavengers. Will people like Ranjit who continue to work as manual scavengers finally get justice?