Ahmed Patel shows Congress can fight till the end and win

Personally, the election victory to the Rajya Sabha would mean a lot to Mr Patel. 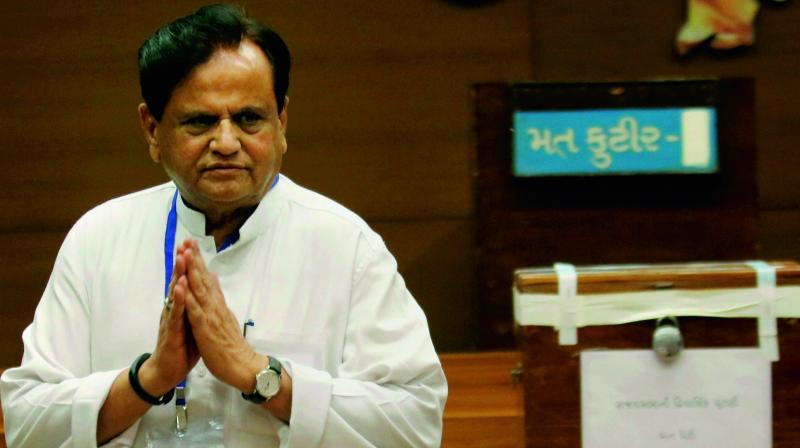 Love, hate, despair and finally the triumph — the political theatre of Gujarat had been the stage for all kinds of human dramas. In the ultimate analysis, Ahmed Patel came out victorious — humbling all the Amit Shah’s forces and all the BJP’s machinations. It was a test case of a victory of democratic will of the legislators and giving out a crystal clear message — does not matter how much powerful you are, you can be humbled in a democracy.

Personally, the election victory to the Rajya Sabha would mean a lot to Mr Patel. But more than the personal victory, his election has a wonderful political message. The message ought to be understood in its true potential and made use of. Mr Patel now should focus on national politics and give a fresh lease of life to the grand old party’s revival campaign.

A man of few words, Mr Patel brought an entirely new political narrative in the corridors of power. Most trusted men and women of Congress president Sonia Gandhi have been vocal and media friendly. Some of them, in fact, would interpret the Congress president’s mind. Some others would hold ‘darbar’ with correspondents and even plant stories. Mr Patel generally stayed away from all these. As a general rule — he spoke quietly. But his words carried surprising force, empowered by a political acumen. The Congress party and the leadership have always benefited by these. It’s time now to take these endeavours further. The post 2014 politics in India has been challenging for Congress.

Even prior to Independence, the India National Congress founded in 1885 immediately became the most powerful grouping fighting for Independence. After Independence too, the Congress dominance was firm. In fact, in 1960, the Congress party held 367 of the 500 seats in the Lower House of Parliament, and certainly a commanding strength of 2,105 out of 3,177 seats in the state Assemblies.

In contrast, the Congress party today has 44 seats in Lok Sabha. It has been less than one-tenth, and hence even the unthinkable had happened —the Congress floor leader in the Lok Sabha, Mallikarjun Kharge, has not been recognised by the Chair as Leader of the Opposition. But in Rajya Sabha, the Congress has remained very strong and time and again had made the government’s life miserable by playing the rightful ‘checks and balancing’ role.

Late prime minister Rajiv Gandhi was definitely right when he said the Congress is always powerful when in power but it is doubly powerful when in Opposition. He was perhaps quoting late prime minister Indira Gandhi in the spirit of what he has said. In fact, the Congress Party can revisit the history of 40 years back and learn how to fight and win back the trust of the people.

Indira Gandhi, after the party’s 1977’s massive loss, was not only facing her toughest political challenge but was also facing several cases, an inquiry commission probe and was also jailed. Despite all odds she never gave the spirit to fight till the end and had great trust in the wisdom of the people. It is with this spirit, she hit the street and villages of the country and made the Congress Party took the centre stage of the power in less than three years, which was looking a distant dream after the 1977 General Election defeat.

As Opposition party, the Congress Party has always played the role of a constructive Opposition, and therefore though criticised by the government of the day, both in the past and as of now, the people of India have generally appreciated it’s stand. This is one reason that even after being in Opposition for a few years, the grand old party of India is rewarded and brought back to power.

The Left parties and regional parties, despite their political differences with the Congress, have appreciated this more than once. In fact, they too know it pretty well that it is the Congress party that can anchor an unity in the Opposition camp and take on the ‘mighty’ (sic) Narendra Modi regime. The Opposition unity game has been given a kick-start. The 16 to 18 Opposition parties are regularly meeting after frequent interval, and slowly but certainly this is going to make some influence.

Among the challenges the Congress has to face in near future are two Assembly elections in Gujarat and Himachal Pradesh. In Gujarat, the Congress needs to fight by putting its back on the wall. A sort of a do-or-die battle. It is out of power in Gujarat for last two decades. Last Congress chief minister in Gujarat was Chhabildas Mehta from 17 February 1994 till 13 March 1995. Enough of water has flown down the Sabarmati river. And hence, it will be cyclic turn of events this year if the Congress can give a fight and unseat the saffron party from the citadel of power in Gandhinagar.

The victory of Mr Patel in Rajya Sabha polls is a morale booster. But, it should not give any kind of complacency. If any section of the Congress leaders feel an overwhelming section of anti-BJP voters are just awaiting their turn to vote against Narendra Modi-Amit Shah duo they may get a rude shocker. Electoral politics is arranging and executing the show till the last minute and past elections in Uttar Pradesh, Goa and Manipur have showed that the BJP chief’s men and machinations can deliver things for the party till the last moment.

There is a change in ground zero situation to the Patel agitation also. A quick learner —the BJP leadership has changed the chief minister and repackaged a low profile personality Vijay Rupani as a ‘performing’ man. The taste of the pudding is in its eating, but yet again a perception is being created. Mr Patel knows every aspect of Gujarat politics like the back of his hand. But he would need a persuasive skill in carrying a united leadership — a right mixture of talent and ex
perience —young and old.

In Himachal Pradesh, reversing the anti-incumbency wave looks difficult. But like an old war horse himself, Mr Patel understands that it’s veteran leader and state chief minister Virbhadra Singh who has delivered time and again in the hilly state, and that probably this time too, he is the only person who can make the difference. Next on the cards for the Congress Party would be three-state Assembly elections in north east India — Nagaland, Meghalaya and Tripura — which  due by February 2018.

After these, the party would face crucial Assembly elections in Karnataka by May 2018. BJP chief Amit Shah and his men are already working overtime in these states. The Congress leaders too ought to go with a single-minded determination.