Reports from the state show that rakhis with pictures of Narendra Modi and Mamata Banerjee have flooded markets across West Bengal. 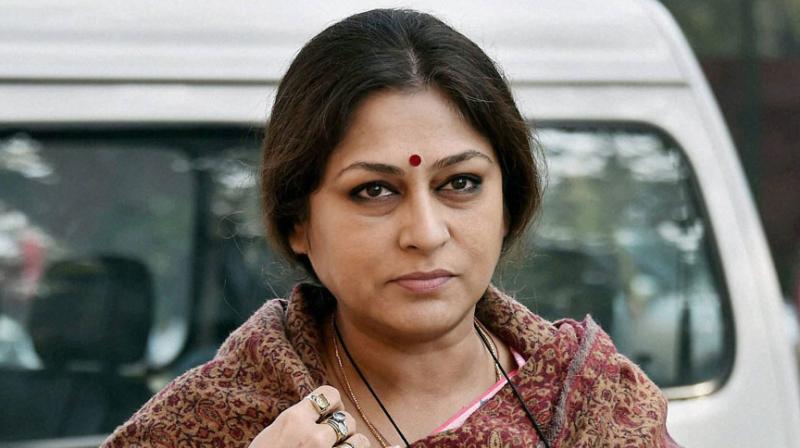 New Delhi: A fierce tug of war has begun between the BJP and the Trinamul Congress to woo the Hindu votebank in West Bengal. After competing against each other with rallies during Ram Navami, the political rivals have now locked horns over the coming Hindu festivals of Janmashtami and Raksha Bandhan. BJP MP Roopa Ganguly, meanwhile, claimed Wednesday that West Bengal was intended to be a “state for Hindus” and that “India was divided to keep Muslims in Pakistan and Bangladesh”.

On festivals, while the VHP had already announced it will organise Janmashtami celebrations on a massive scale across West Bengal on September 2, the Trinamul Congress will also celebrate Lord Krishna’s birth. Reports from the state show that rakhis with pictures of Narendra Modi and Mamata Banerjee have flooded markets across West Bengal.

Speaking to this newspaper from Kolkata, Trinamul MLA Nirmal Majhi made it clear that the TMC has been “celebrating” Rakhi even before the party came to power in the state in 2011. On Janmashtami, he said he didn’t find anything “wrong” in participating in the festival. He also pointed out that the BJP had never celebrated Janmashtami in West Bengal. “It’s a recent development to polarise votebanks. But it will not succeed,” he said.

“There’s no move to polarise the votebank,” BJP state executive member Shishir Bajoria told this newspaper. “Muslims celebrate Id, Christians celebrate Christmas, Sikhs celebrate Guru Nanak’s birthday, so what’s wrong if we celebrate Janmashtami,” he asked, adding: “The Leftists are atheists, but they also celebrate the birth anniversary of Karl Marx”. Mr Bajoria said “India is a free country, and people are free to celebrate the festivals of their faith. There’s no politics there.” Earlier, speaking to the media, state minister Subrata Mukherjee made it clear that the Trinamul Congress “reveres both Ram and Rahim”. Giving the example of  the TMC’s involvement in Durga Puja, he said “there’s nothing wrong in participating in any religious function”.

Speaking to the media on the National Register of Citizens issue, Ms Ganguly claimed: “Partition was done so that Pakistan becomes a Muslim nation. Bangladesh is also mainly for Muslims. The Indian part of Bengal was for Hindus who returned from Bangladesh.”

With the BJP slowly increasing its vote percentage in West Bengal, a worried Trinamul Congress has begun to borrow elements of the saffron agenda. The party, which earlier confined itself to promoting and being involved with Durga Puja, not merely organised rallies on Ram Navami, but also celebrated Hanuman Jayanti. A party leader said the TMC had taken out processions and held Hanuman Puja in various parts of the state, where party leaders and ministers had joined in the celebrations.