Anti-CAA stir: Death toll in UP violence rises to 15

CM Yogi Adityanath issued a renewed appeal to the people to maintain peace in the state. 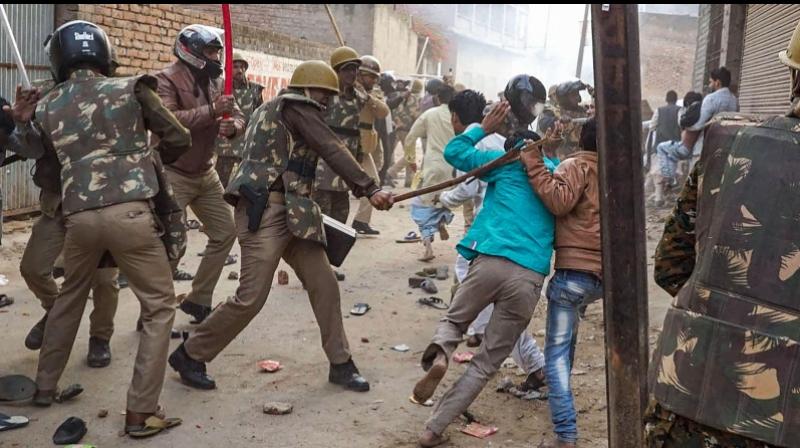 Meanwhile, 9000 protestors have been booked and 2000 held for the violent protests across the state. (Photo: PTI)

Lucknow: At least 15 people, including an 8-year-old boy, have lost their lives in Uttar Pradesh as the protests against the Citizenship (Amendment) Act turned violent in the state, officials said on Saturday.

Four deaths were reported from Meerut district, while the boy lost his life in a stampede in Varanasi when a violent mob was being chased by police personnel, they said.

After Friday prayers, six people were killed as protesters clashed with the police at several places in the state. They hurled stones and torched vehicles, the officials said

There have been reports of firing on police personnel deployed to maintain law and order, they said.

Six policemen also received bullet injuries in various parts of the state, they said, adding the condition of one policeman continued to be critical.

Violence during the anti-Citizenship (Amendment) Act protests has so far claimed lives in Bijnor, Sambhal, Firozabad, Kanpur, Varanasi and Meerut in the state.

Meanwhile, 9000 protestors have been booked and 2000 held for the violent protests across the state so far, New Indian Express reported.

As UP continued to be on edge, CM Yogi Adityanath issued a renewed appeal to the people of the state to maintain peace.

Urging the people not to be instigated by the rumors, the CMO’s office tweeted, “Chief Minister Yogi Adityanath has said that no one should fall for the deception and confusion being spread on the Citizenship Amendment Act. Uttar Pradesh government is committed to providing security to every person in the state and UP police are doing so.”