In 2013, Shumon Haq was booked for rash driving in London. In the prison, inmates radicalised him. 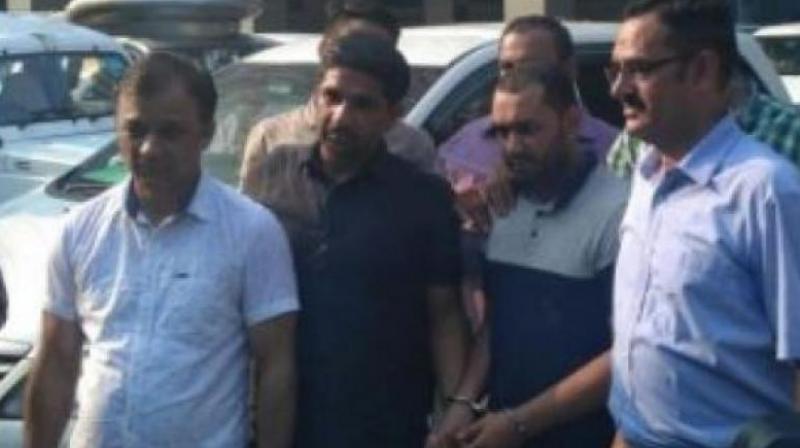 New Delhi: A 27-year-old suspected Al Qaeda operative, who had come to India to train and radicalise Rohingyas to fight against the Myanmar Army, was arrested from east Delhi on Sunday evening.

He was sent to police custody till September end by a city court on Monday after the investigators said he was required to be quizzed to unearth aspects relating to recruitment of youths for terror activities in West Bengal, Jharkhand and Bihar.

Initially, the accused tried to mislead the police by claiming that his real name is Shumon Haq. He even showed them a fake voter ID card issued from Kishanganj, Bihar, but subsequently, he was identified as Samiun Rahman, alias Raju Bhai, a British national of Bangladeshi origin, they added.

The Delhi police’s special cell had been working to gain information about Rahman since July. The sleuths had learnt that one “Raju Bhai” of Al Qaeda is trying to set up base in Delhi to carry out terrorist activities here.

The police team deployed sources in the NCR and other states to get information on him. It was further learnt that Raju Bhai is in Delhi and is attempting to recruit people for the purpose of jihad, said Pramod Singh Kushwah, deputy commissioner of police (special cell).

On Monday, the police learnt that Raju Bhai would come to Vikas Marg, Shakarpur (near ITO), to meet one of the probable Jihadi recruits, he said.

Raju Bhai was nabbed and it was later that the police learnt his real name. A pistol of 9mm calibre, laptop, mobile phones, $2,000, 13,000 in Bangladeshi currency and Indian currency were recovered from him, Mr Kushwah added.

It was found that he is a trained militant and has visited Morocco, Islamic Republic of Mauritania, Turkey, Syria and Bangladesh, apart from India for terrorist activities, added the officer.

In 2013, he was booked for rash driving in London and sent to six months imprisonment. In the prison, inmates radicalised him, said a police official. He got influenced by the ideology of Al Qaeda and joined it. He obtained three-week training in their camp in Syria and fought there till 2014. While he was in Syria, their group came to know about the ‘atrocities’ on Rohingya Muslims of Myanmar.

With his Bangladesh background, he was selected to raise a fighter group there. In 2014, he arrived in Bangladesh to radicalise youths to join Al Qaeda with the help of one Yasina, a resident of Bangladesh and an old al-Qaeda cadre,said the officer. He visited Dhaka and other places and radicalized dozens of youths in Bangladesh for their entry into Myanmar from Chittagong.

However, he was arrested in Bangladesh for terrorist activities in 2014 and after imprisonment of about three years he was released on bail in April this year, said the officer. He was in contact with his outfit members via Facebook, whatsApp and telegram and after being released on bail, he contacted Muhammad al-Jawlani, head of al-Nusrah Front , who directed him to go to India.

In July, he entered India with the objective of setting up base in Mizoram and Manipur to fight for Rohingya Muslims, raise funds and incite youths, said the officer. During this period, he stayed at various madrasas in Kishanganj (Bihar), Hazari Bagh (Jharkhand), NCR and other places.

It is believed that he was in touch with a number of youths to incite them to join al-Qaeda, added Kushwah. He visited Delhi frequently for this cause. He was also involved in cultivating people through Facebook and Telegram app. He was in contact with his outfit members of Syria, including Jawlani and other countries through various chat applications and protected sites.

The government had told the parliament on August 9 that according to available data, more than 14,000 Rohingyas, registered with the UNHCR, were staying in India.

However, some inputs indicate that around 40,000 undocumented Rohingyas were staying in India, mostly in Jammu, Hyderabad, Haryana, Uttar Pradesh, Delhi-NCR and Rajasthan regions.