As part of the campaign, many women were seen uprooting cannabis on the side of roads, people's backyards and even in the farms. 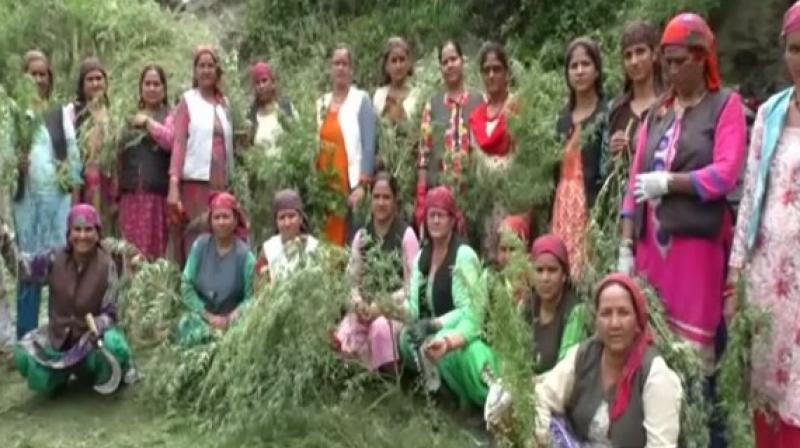 The group is conducting awareness campaigns across the village and asking women to uproot cannabis plants. (Photo: ANI)

Rampur Bushahr: To combat drug menace in the area, Mahila Mandal of Dakolad village have launched a campaign to destroy cannabis plants which are locally found in abundance.

The group is conducting awareness campaigns across the village and asking women to uproot cannabis plants to ensure that they are not used for recreational purposes.

As part of the campaign, many women were seen uprooting cannabis on the side of roads, people's backyards and even in the farms.

"Cannabis found in our area is consumed by the youth of our village and they will continue to do so if they find it easily. That is why we are running this Bhaang Ukhado (Uproot Cannabis) program so that youth are unable to get their hands on it", said a participant in the program.

Head of the Mahila Mandal in Dakolad village, Anjali said, "We have assembled today to uproot cannabis plants and make the area drug free."

"In addition, we are doing this so that youth do not destroy their future and actively contribute to nation-building," she added.