The ministry said all the Sukhoi-30 aircraft deployed to check Pakistani jets landed back safely. 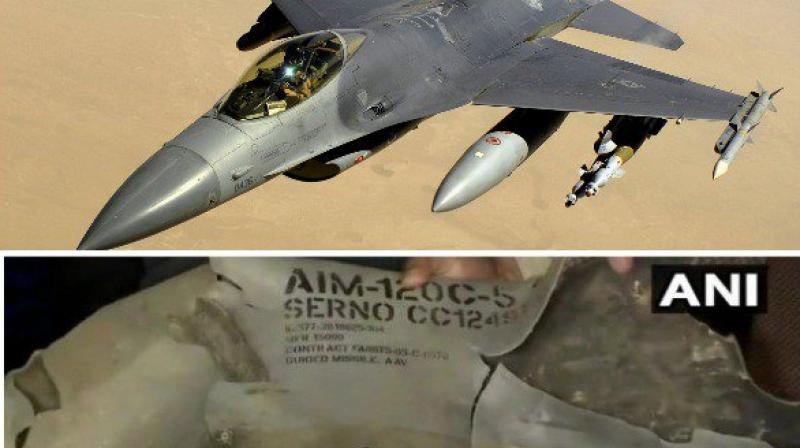 India lost a MiG-21 Bison while it shot down an F-16 of the Pakistani Air Force during the aerial skirmish. Pakistan had claimed that it downed two Indian fighter jets. (Photo: ANI | Twitter)

New Delhi: The Defence Ministry on Tuesday rubbished Pakistan's claim of shooting down a Sukhoi-30 jet of the Indian Air Force (IAF) during a dogfight last week, saying the claim appeared to be a cover-up for the loss of a Pakistani fighter jet.

The ministry said all the Sukhoi-30 aircraft deployed to check incoming Pakistani jets landed back safely.

"False claim by Pakistan of shooting down a Su-30 appears to be a cover up for loss of its own aircraft," the ministry said.

India lost a MiG-21 Bison while it shot down an F-16 of the Pakistani Air Force during the aerial skirmish. Pakistan had claimed that it downed two Indian fighter jets.

"Build-up of PAF aircraft on their side of LoC was noticed in time and additional aircraft were scrambled to tackle the adversary. In their attempt to attack our ground targets, PAF aircraft were engaged effectively," the Defence Ministry said.

"From IAF side, Mirage-2000, Su-30 and MiG-21 Bison aircraft were involved in the engagement and PAF aircraft were forced to withdraw in a hurry, which is also evident from large missed distances of the weapons dropped by them," it said.

The ministry said, during combat, use of F-16 by Pakistan and multiple launches of AMRAAM air-to-air missiles were "conclusively observed".

The US had barred Pakistan from using the F-16s against any third country and it was only allowed to operate the fighter in self-defence and for anti-terror missions.

"Prompt and correct tactical action by Su-30 aircraft, in response to AMRAAM launch, defeated the missile. Parts of the missile fell in area East of Rajouri in Jammu and Kashmir, injuring a civilian on ground," the Defence Ministry said.

The IAF on February 28 displayed parts of the AMRAAM as evidence at a press briefing.

The Pakistan-based terror group Jaish-e-Mohammed had claimed responsibility for the Pulwama attack, after which India bombed its camp in Pakistan.