India’s leading poker pro shines a light on his career

Nipun Java has racked up over $2.7 million in all-time career earnings from the game of poker 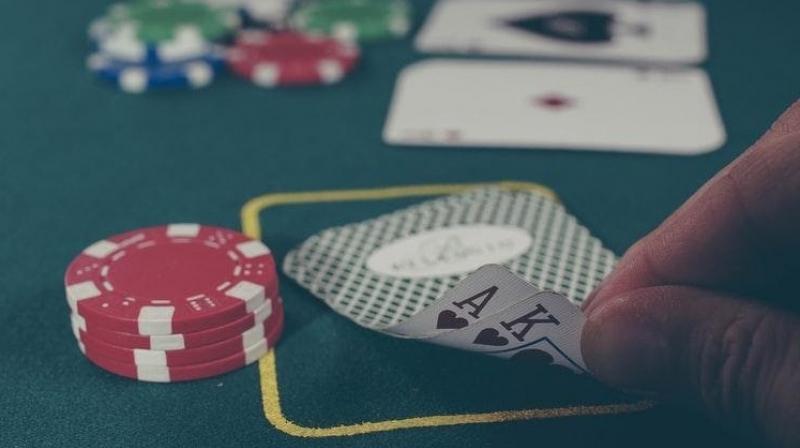 Java already has two bracelets from the World Series of Poker (WSOP), cementing his name as one of the most feared on the US poker circuit

Muskan Sethi, one of the leading female poker ambassadors, recently caught up with India’s second most successful poker player to date to understand his route to success.

Nipun Java has racked up over $2.7 million in all-time career earnings from the game of poker, putting him second on the all-time money list for Indian poker players behind the undisputed great, Vivek Rajkumar.

Java already has two bracelets from the World Series of Poker (WSOP), cementing his name as one of the most feared on the US poker circuit.

Following Java’s latest exploits, Sethi took time out to interview the LA-based poker pro as part of the “Off the Felt” series of interviews for PokerStars India players.

Java began the interview by insisting that he enjoyed a “low-middle class upbringing”. After school, Java admitted he had an “angst” to find a career that would make him happy.

Culturally, Java said he felt under pressure to “meet the checkmarks” and pursue an academic job. To do so, he applied to a string of US colleges to enter higher education, upon which he was accepted into Arizona State, obtaining a Masters in Computer Science.

During this period, Java had not discovered poker. It was after moving to Los Angeles to undertake a day job as a software developer for pacemakers in his late 20s to early 30s that tipped the scales in poker’s favour. Not knowing anyone in LA, Java signed up a string of online communities to broaden his social network.

He embarked on “a couple of hikes” with members of these communities before joining the “Rounders” poker home game scene, which still exists today.

The first time Java was invited to the game he “had no idea how to play poker”. It was a $20 sit-and-go game, which is essentially a single table tournament.

Java said that he used to play Teen Patti – a poker variant card game – when “growing up with his dad” during “Diwali nights”, which gave him a basic understanding of card games. The online poker ‘boom’ was rife during this time, enabling digital nomads to travel the world and make money along the way.

This era saw Java sign up to the leading poker rooms and enter $10 tournaments and $5 sit-and-go’s. It took Java only three months to take down his first $10 tournament for a $2,100 first prize and from there on in he was hooked.

Java has been playing on the live US poker circuit for more than a decade now. He announced himself onto the poker scene in the US by placing fifth at the LA Poker Open Championship, taking home $34,650 in one fell swoop.

The following year was when Java decided it was time to take his poker more seriously and go professional. He won over $114,000 and over $226,000 at the LA Poker Classic and at the WSOP Main Event respectively, giving him the freedom and inspiration to end the day job.

Java admits he wasn’t “driven to be the best” at poker, but it was his “love of the game” that gave him “the platform to do what he wanted to do” in an “organic” way.

Java insists that India remains at the heart of everything he does. Indian food remains his “number one” and he is still inspired to listen to Bollywood music when playing at the tables online.

He also indicated that there is a growing contingent of Indian poker players making the pilgrimage across to the US, given the rise of India’s own online poker rooms like PokerStars India, which is home to some of the biggest legal cash games and tournaments for budding Indian poker players.

Java told Sethi he is “excited” to watch the development of his compatriots year-on-year.
What does Java do to celebrate his biggest successes in the Las Vegas poker rooms? He says that he’s not someone that “paints the town red”, instead preferring more “nerdy celebrations” of a few board games with friends, a good meal and a drink.

The interview certainly depicts a man that’s well-grounded and accepts how fortunate he is to have found a career that he loves and is good at simultaneously.

Krusha Patel, founder of Glam by AK, is one of the frontline makeup artistes today