Are Bollywood style icons anything at all without their stylist-makeup team? 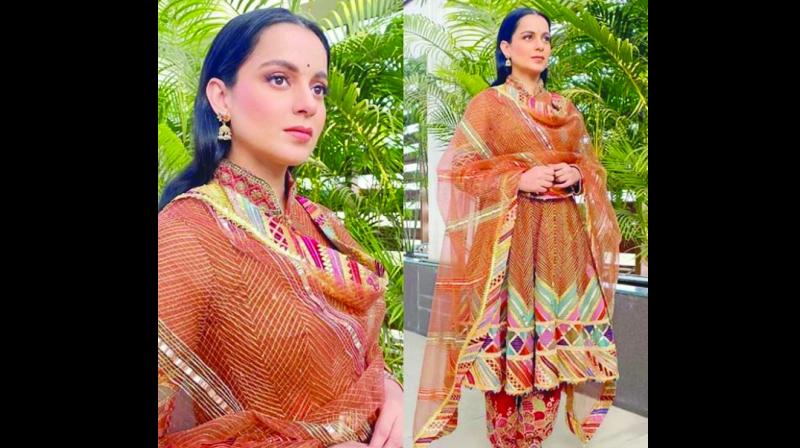 Some days ago, an online lifestyle and fashion magazine’s post on their Instagram page showed a picture of actress Kangana Ranaut, agreeably the most fashionable of our Bollywood breed, in what they claimed was “yet another ethnic look” that she had “nailed.”

Only, we beg to differ. The picture showed Kangana dressed in an apparently Rimple and Harpreet Narula creation — a frumpy, mud-coloured salwar-kameez, which seemed like a cross between a badly done anaarkali that lost the designers’ interest midway and a bridal ensemble with more flares than a ghoomar-ghaghra. The net-like dupatta draped over her did nothing to assuage the anthill feel to the whole look Kangana had conjured up. She matched the monstrosity that covered her with a pair of golden mojris on her feet and a pair of jhumkas on her ears. Her rouged up face offered no solace either, with a smearing of an awkward coral on her lips and a tiny black bindi on her forehead to ‘complete’ the look.

The actress was anything close to the iconic fashionista she is considered today.

Fine, we get it! No one is perfect, but showbiz is all about style and perfection, or so we’ve been told. Then how essential are styling and an organised wardrobe for stars to look ‘different’ at every event they are at? We speak to well-known names in the industry to understand.

Style statements
Celebrity fashion designer Ritu Kumar believes that celebrities are under unnecessary pressure to appear always well turned-out publicly. “Makeup, clothes and correct styling makes a huge difference to one’s persona, giving one an aura of being fashionable. Additionally, actresses are sometimes styled for movie promotions in a certain way to match their character, so that the actress is accepted as the character she is playing. But celebrities need some downtime, too, so that they can dress as they want without media attention,” says Ritu.

So does that mean all the styling and prettying up cause actresses to lose their own persona? Actress Akanksha Singh doesn’t think it has to be so.

“As public figures, dressing up adds to a huge part of our lives. But I also think it is essential for you to be yourself. For instance, I need to maintain a balance between who I really am and who I am in front of the camera,” elaborates Akanksha. “Of course, I take tips from my stylists and designers, but I am not going to follow their suggestions blindly. No matter what I am wearing, I try to add a little bit of ‘me’ in it. I don’t dress up to please someone; rather, I dress up to look presentable.”

Personal styles
According to designer and stylist Nita Rai, even stars need help with their wardrobe.

“This is mostly true when it comes to upcoming actresses who don’t really know the ropes. But stars usually have a stylist because they are either new to the business or are looking at a makeover to change their personality to fit a certain bill,” adds Nita.

However, designer Anupamaa Dayal believes it’s always best to embrace one’s true personality. “While the role of a stylist is important, it is the real personality of an actor that needs to be highlighted. It should not be masked. The paparazzi are also more interested in seeing a true reflection of the actors’ unique personality. But this can be achieved only if the stars and stylists work together towards that goal,” says Anupamaa.