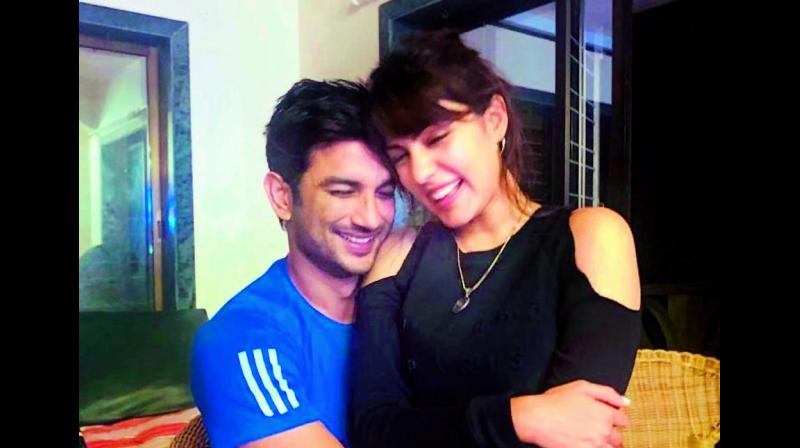 The actress, who was deeply disturbed by the loss, had refrained from grieving on social media until now

It has been a month since Sushant Singh Rajput died by suicide, and slowly his friends, especially his girlfriend Rhea Chakraborty is coming to terms with it. The actress, who was deeply disturbed by the loss, had refrained from grieving on social media until now.

Taking to Instagram, the Mere Dad Ki Maruti actress finally broke her silence and paid tribute to the late actor by sharing a few unseen pictures of the two alongside a long post. The actress started by expressing how difficult it has been to face her emotions of losing him, as there remains an irreparable numbness in her heart.

“You are the one who made me believe in love, the power of it. You taught me how a simple mathematical equation can decipher the meaning of life and I promise you that I learnt from you every day. I will never come to terms with you not being here anymore. I know you’re in a much more peaceful place now. The moon, the stars, the galaxies would’ve welcomed ‘the greatest physicist’ with open arms (sic),” she wrote.

Describing Sushant as a great human being Rhea went on to write, “I will wait for you my shooting star and make a wish to bring you back to me. You were everything a beautiful person could be, the greatest wonder that the world has seen. My words are incapable of expressing the love we have and I guess you truly meant it when you said it is beyond both of us (sic).”

Rhea goes on to call Sushant a person who loved everything with an open heart and has shown her that their “love is indeed exponential”.

Concluding the post, the Jalebi actress wrote, “Be in peace Sushi. 30 days of losing you but a lifetime of loving you... Eternally connected. To infinity and beyond (sic).”