On World Environment Day, influential people from Bollywood have pledged to work towards beating plastic pollution. 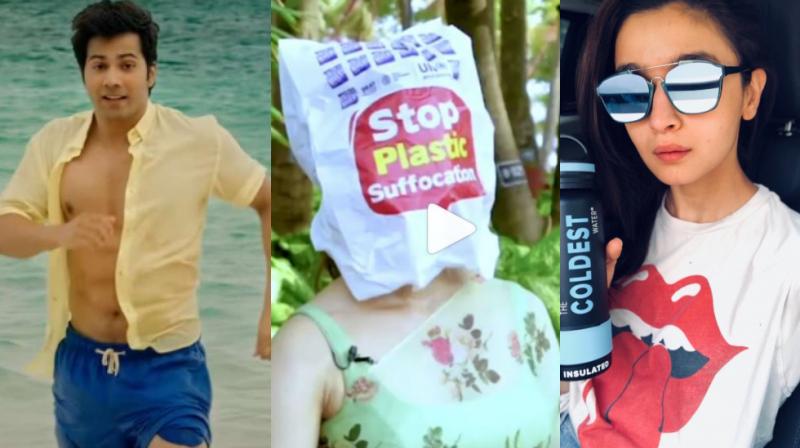 As World Environment Day is here, influential people from Bollywood have pledged to work towards beating the plastic pollution for a better environment.

Tag, I’m it – thanks for tagging me @adriangrenier! I switched to biodegradable sanitary napkins when I realised they are made mostly of plastic!#BeatPlasticPollution with @UNEnvironment for #WorldEnvironmentDay! Hey @sahil_sangha @aliaa08 @JNJCares – Tag, you’re it! pic.twitter.com/gmi8prQERU

Alia took up the challenge and replaced her plastic bottle with steel, and soon after, Arjun Kapoor did the same.

#BeatPlasticPollution by switching to steel or glass bottles today! Plastic bottles take 450 years or more to decompose, harming us and our environment. I’m now one step closer towards purging plastic from my life. Hope you guys will make the switch too!#LetsCoexist @deespeak pic.twitter.com/VyI70hggRv

It takes one small step to #BeatPlasticPollution! I’ve replaced using plastic bottles with a metal one. It’s convinient & environment friendly. Tagging @AnushkaSharma @RanveerOfficial & @ParineetiChopra to take up the challenge & inspire others to choose a sustainable future. pic.twitter.com/JNWbIgiVU8

Madhuri Dixit-Nene also supported the movement, and Sanjay Dutt simply sent out a quote which has an in-depth meaning.

We often feel what difference will our individual choices make, without realizing that real change always starts with small baby steps. On this #WorldEnvironmentDay Lets take responsibility for our actions which cause any form of pollution.
Together lets #BeatPlasticPollution https://t.co/kpBN46Oufq

The Earth doesn't belong to us, we belong to the Earth!
Let's always remember that in all our actions. #BeatPlasticPollution #WorldEnviromentDay

I hope you complete the challenge & tag others too😇 #BeatPlasticPollution pic.twitter.com/x1ZpdjwcWO

Out of them, Varun completed the challenge by supporting a clean-up drive in Juhu.

Interestingly, Shahid Kapoor’s wife Mira Rajput Kapoor too had shown interest in the drive. Now she shared a cute photo of Misha watering plants, where she is totally in awe of her daughter.

To the Million who can see this post Even a pot of water won't boil just by looking at it; it needs that fire to make it simmer, boil and spill over till someone notices. Let's make a change, clean up our mess, and hear nature's call not to choke her more than she already is. Every year before the arrival of the monsoon, all the plastic that clogs the sea is thrown out by it. This makes it the best time to clean the beach and simultaneously the water. Let's do this together and clean up Juhu Beach. We owe it to our children who play in the sand, the teams that play their football and cricket matches on it, the walkers and the yogis, the dogs that roam enthusiastically and the birds that forage for their feed. Thank you all for all the suggestions you have sent in, people I should get in touch with, and your concerned responses as well. Let's spread the word! Calling all concerned citizens, organisations, individuals who can help and help me be a part of this too! 🙏🏻

75k Likes, 598 Comments - Mira Rajput Kapoor (@mira.kapoor) on Instagram: "To the Million who can see this post Even a pot of water won't boil just by looking at it; it..." 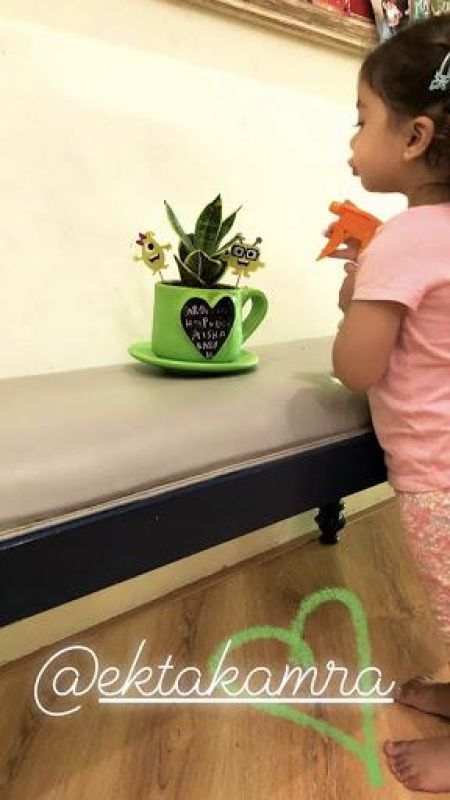 Amitabh Bachchan and Randeep Hooda have participated in the drive in the past, but this time, Randeep only shared a tweet.

Aditi Rao Hydari surprisingly took up Dia’s challenge and replaced her plastic bottle with a glass one.

Dee!!!🌟😘😘 Thank you for taking up this wonderful initiative & for making sure we stay responsible always! 😊🤗
Nominating @DianaPenty, @sonamakapoor, @RajkummarRao & @ReallySwara. Hope you guys are up for a challenge! 😏☺️#BeatPlasticPollution#WorldEnvironmentDay@deespeak pic.twitter.com/D8PDkaM4tI

Kangana Ranaut however came out with a powerful gesture, by covering her head with a plastic bag, that indicates suffocation for mother earth.

"In 30 years, there will be more plastic in the ocean than fish. I urge everyone to ban single use plastic bags. I'm joining #RallyForRivers & @UNEnvironment in the fight against plastic pollution"- #KanganaRanaut @sadhguru @ishafoundation #BeatPlasticPollution @rallyforrivers #WorldEnvironmentDay2018 #saveenvironment #savetheplanet #sadhguru #WorldEnvironmentDay

3,815 Likes, 45 Comments - Kangana Ranaut (@team_kangana_ranaut) on Instagram: ""In 30 years, there will be more plastic in the ocean than fish. I urge everyone to ban single use..."