This starts as a fascinating story and turns farcical and loses its warmth, but never its fun—the characters are delightful 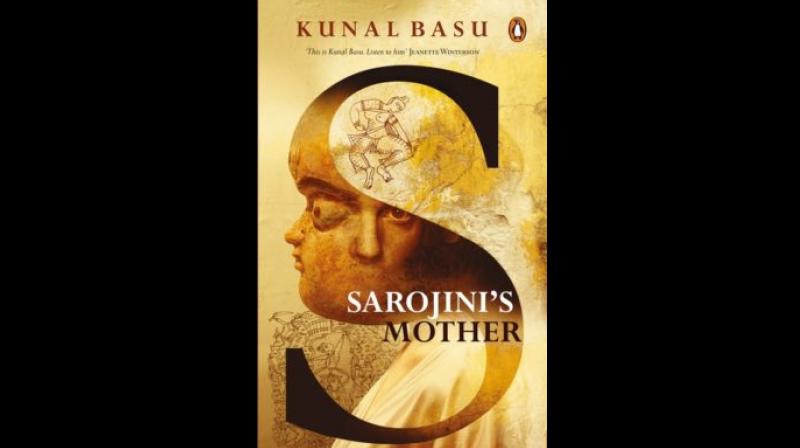 ‘Sarojini’s Mother’ could well have been titled  ‘Elvis’s Father’ because the main protagonist is a likeable young man called Elvis,  formerly known as Chiru Sen.  When he was six years old, his father walked into the sea, never to return. With a working mother,  Chiru was left alone for hours listening to the radio, and Elvis Presley entered his soul.

Elvis is a layabout according to his despairing mother. He’s part of a band that spends more time practising than actually performing gigs, and does the oddest of odd jobs. His biggest source of income comes from tourists: “I became the friend you needed if you were remotely interested in visiting Calcutta. Elvis could find you a flat with a working toilet. Lead you to a teacher to learn the sitar. If you got yourself strung up in strings, he could untie you in no time. His advice could save you from diarrhoea and malaria. He could shield you from thugs, peddlers and swindlers, from the police if things got too hot. He could take you dancing or to the races. Or if it was all too much and getting on your nerves, he could strum his Braganza and sing you the Motown blues.”

Sudder Street, Calcutta’s hippie tourist hub, is his stomping ground, and he’s good friends with most of the hotel managers and SIM card shopkeepers who cater to tourists. He happily stumbles along ignoring his mother’s wails of disappointment: “What kind of job pays you to go saree shopping with memsahibs?” she frequently asks.

And then he gets one of the most challenging assignments in his life: a hunt for a tourist’s biological mother. His client Sarojini Campbell (Saz) is a 27-year-old British citizen. She has no family to call her own (her adoptive mother is dead), and she is determined to discover her roots. She’s found the perfect detective in Elvis: he has seedy but resourceful friends in all the right places. While he’s willing to help, he privately wonders, “Why search for a mother when you’ve got enough trouble already? What more can she give you once you’ve slipped out of her womb and crawled away from her lap?” His thinking seems to be inspired by his strained relationship with his own mother.

Saz is astonished at how easily he finds a contender for her biological mother in the slums. Elvis too is astonished when Saz produces a second contender from an Internet chat room: a posh, wealthy boutique owner. Both insist that Saz is their baby, and that’s where the madness in the book springs from. We swing from humble meals in filthy slums to fine dining in starchy clubs, waiting for Saz to declare the winner, and often feel like screaming at her to stop behaving like a yo-yo and get those important DNA tests done.

While Saz treats Elvis distantly like the informal detective she’s hired, Elvis experiences a powerful urge to protect her from both her biological mother contenders. He fears that the poor one could exploit her (admittedly, Saz has spent large amounts of money on household appliances for her), and something doesn’t ring true about the brittle rich one either—besides her lawyer boyfriend seems nasty, as he threatens to slap criminal charges against the poor contender for making fraudulent claims to be her mother, and is willing to declare Saz non compos mentis in a court of law if she chooses the slum dweller over his girlfriend.

Saz continues to dither and two-time both the contenders till she feels something for either, and in the meanwhile Elvis entertains readers with brief tour guides. We take a train ride to Bhagalpur with colourful co-passengers and visit the jail to witness great drama, we tour Calcutta’s National Museum (also called Jaadughar because of its enchantments) and say hello to its most precious relic, a mummy from Egypt. The European Cemetery on Park Street (the final resting place of sailors, soldiers, traders, civil servants and their families during the British Raj) throws up poignant stories of children who died of scarlet fever on the ship journey from England, their coffins carried ashore. As Elvis says, “This is where the battle against cholera, measles, malaria and ague was finally lost.” Elvis really is at his best when he plays guide—now if his mother saw him like this, she’d stop complaining, perhaps!

The plot suddenly thickens. There are attacks, arrests, and all manner of unsavoury things. Basu goes fairly over-the-top as the unnecessary intrigue sets in. What started as a fascinating story turns farcical and loses its warmth, but never its fun—the characters are delightful!

Saz finally agrees to a DNA test, and tries to persuade her two mother contenders to do the same. At the same time she discovers another older woman whom she grows extremely  fond of: Elvis’s mother. There’s a chance that Elvis may rediscover his mother through Saz. There’s a chance that Saz will finally find her real mother. And there’s also the chance that Saz could find someone very special who is not her mother, not even female for that matter.  Take a guess at what happens next or better still, read the book.