India must resist diktats from US on Iran, Russia

However, the US knows well the soft spots of some ruling class members of developing nations rather too well. 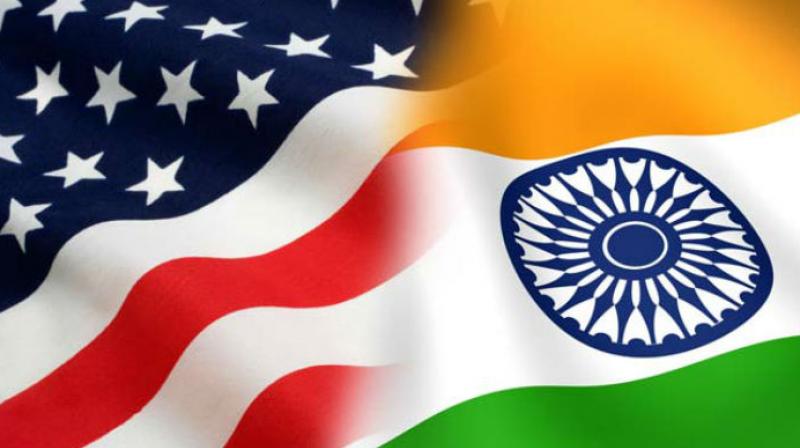 It’s time to prove the US wrong to establish a favourable counter-point of diplomacy vis-a-vis the US attempts to thwart India’s sovereign state power.

What is wrong with the United States? Why is it issuing “sanction threats” to all and sundry? Why is it pressuring India against buying crude oil from Iran and the S-400 missile defence system from Russia? Such crude “gunboat diplomacy” by this superpower is saddening. Indeed, it is time for India to stand up and tell the US to keep away from meddling in the affairs of sovereign India, which is neither a part of the Western bloc nor a colony of any foreign power. India must tell the US that it comprises 1.3 billion heads, and is not an island state of 60,000 or even six million that can be easily bullied. India reserves the right to purchase its crude oil from wherever it gets the best price in the open market, and has every right to take care of its economic and security system in accordance with its needs.

These threats by Washington only shows the acute sense of insecurity that it seems to be suffering from. Does it feel threatened by those who may not be in tune with its diktats? If that happens to be the case, then New Delhi must advise Washington to not become a victim of an avoidable, self-created and self-inflicted state of tension, that could easily lead to costly mistakes. Indeed, India should take its cue from Bruce Riedel, a former senior adviser to four US Presidents on the Middle East and South Asia, and show that Washington should take note of India’s concerns and not aimlessly fire in the air. It’s time to prove the US wrong to establish a favourable counter-point of diplomacy vis-a-vis the US attempts to thwart India’s sovereign state power.

Bruce Riedel wrote in his book Avoiding Armageddon (2013): “In 1991, Robert Gates, US deputy national security adviser, was meeting Indian Army chief Gen. S.F. Rodrigues, during his visit to Washington... Gates urged India to sign the Nuclear Non-Proliferation Treaty (NPT)... Rodrigues interrupted Gates almost immediately, asking: ‘Why are you reading me these talking points?... You speak about the importance of the NPT and want us to give up the nuclear option. America is the only country ever to use the bomb on an enemy, and you have built thousands of them. Yet you tell us not to do what you have done! And you give Pakistan F-16s to deliver its nuclear attack on our cities’.”

Hats off to Gen. Rodrigues! He did what most Indian diplomats couldn’t or wouldn’t do, and had the guts and the gumption to tell the truth and show the US deputy NSA the mirror. Riedel’s final words, however, counter-mirrored the Indian government’s perennially inexplicable “softness” towards the US: “The general was simply more passionate in his denunciation and showed the new world order than the mostly soft-spoken Indian diplomats.”

In 1991, the US message was clear. First, it’s the “new world order” of the monopolistic US player. Second, the general was “passionate” in professing his — and India’s — views. He took his job too seriously as he didn’t realise that the US was the boss and all the others pygmies. And third, the general was not the “competent” person to speak about India-US bilateral relations — for, after all, it is the “mostly soft-spoken Indian diplomats” who are authorised to do the serious business of diplomacy. Whether their softness is effective or not is another matter altogether.

Riedel also clearly demonstrated the reality of the Indian establishment — how India has always acted in a weak-kneed manner before the US, except during the 1970s when then Prime Minister Indira Gandhi showed the Richard Nixon-Henry Kissinger duo their place in matters relating to South Asia in general and India’s looming 1971 East Pakistan-Bangladesh crisis in particular. In reality, the US still gives the impression that it lives by the old adage — “once the boss, always the boss, come what may”. That’s fine in a structured government hierarchy and in the military, but not in international relations and human behaviour. Should every nation follow each and every command coming from the United States? Is it even possible for an independent, sovereign country of 1.3 billion people like India to do so repeatedly?

It’s time for India to firmly question the US and seek answers from it. What does India do if Russia, the sole supplier of almost 70 per cent of our military hardware, threatens or disrupts the India-Russia joint venture and other supply chains, and switches over to a Sino-Pakistani-Iranian axis and takes to Dhaka, Kabul, Kathmandu, Colombo and Male by storm? To snatch them away from the South Asian ambience to that of anti-India hardliners?

It is really surprising that leaders and decision-makers in the United States, that is regarded as the best place to study and understand geopolitics-economics-strategy and international relations owing to its many quality institutions and erudite scholars, speak and act in a childish, unprofessional, undiplomatic and threatening manner. No country should bend to such unethical posturing of a so-called global superpower.

However, the US knows well the soft spots of some  ruling class members of developing nations rather too well. Their children love to go to the US for studies, professional work and to settle. The “green card” and long-term visas are magnets for the ruling class of developing nations. For many, the US is still the El Dorado, the promised land! From all this emerges the strength of the superpower and the weakness of other nations. So much so that even China, the second-ranking $11,226-trillion economy (after America’s $18,037-trillion economy) in the world had to submit to Washington when Chinese President Xi Jinping personally rang up US President Donald Trump to save the Hans’ pride ZTE company from extinction, that would lead to a huge loss for China’s nascent economics and engineering.

If the United States, that has military forces deployed in at least 65 designated destinations across the globe, ceaselessly resorts to such threats, it shows serious faultlines of decay and disenchantment within. That is not good news for anyone, neither its friends nor foes.

India needs to stand up and be counted; and not look weak, vacillating, compromising and benevolent in a narrow sense like that of Delhi Sultan Firoze Tughlaq (1351-1388), who signalled “after me, the deluge”.