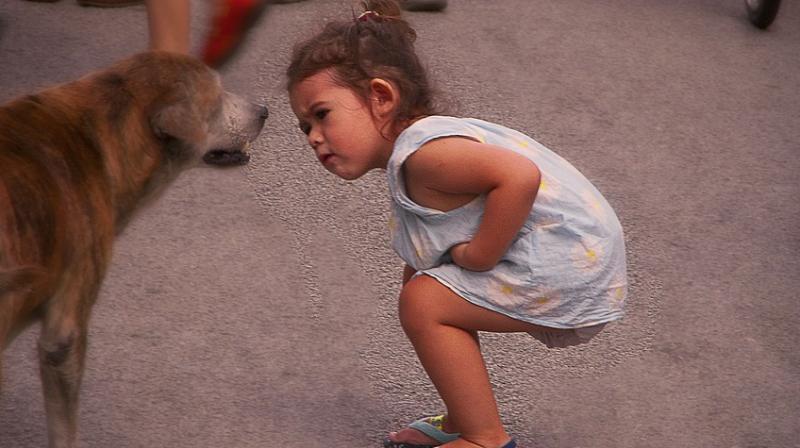 Dogs and humans probably evolved some of these skills as a result of similar evolutionary processes. (Photo: Pixabay)

Washington: Dogs and toddlers show similar patterns in social intelligence, according to a new study which paves the way for better understanding human evolution and disorders like autism.

Researchers looked at how two-year-olds, dogs and chimpanzees performed on comparable batteries of tests designed to measure various types of cognition.
Researchers from University of Arizona in the US studied 552 dogs, including pet dogs, assistance-dogs-in-training and military explosive detection dogs, representing a variety of different breeds.

Social cognition was assessed through game-based tests, in which researchers hid treats and toys and then communicated the hiding places through nonverbal cues such as pointing or looking in a certain direction.They compared the dogs' results to data on 105 two-year-old children who previously completed a similar cognitive test battery and 106 chimpanzees assessed at wildlife sanctuaries in Africa.

The study found that chimps performed well on tests involving their physical environment and spatial reasoning but they did not do as well when it came to tests of cooperative communication skills, such as the ability to follow a pointing finger or human gaze. Dogs and children outperformed chimps on cooperative communication tasks, and similar patterns of variation in performance between individual dogs and between individual children was observed.

"What we found is that there's this pattern, where dogs who are good at one of these social things tend to be good at lots of the related social things, and that's the same thing you find in kids, but you don't find it in chimpanzees," said Evan MacLean, from the University of Arizona. One explanation for the similarities between dogs and
humans is that the two species may have evolved under similar pressures that favoured "survival of the friendliest," with benefits and rewards for more cooperative social behaviour, researchers said.

"Our working hypothesis is that dogs and humans probably evolved some of these skills as a result of similar evolutionary processes, so probably some things that happened
in human evolution were very similar to processes that happened in dog domestication," MacLean said. "So, potentially, by studying dogs and domestication we can learn something about human evolution and could even have the potential to help researchers better understand human disabilities, such as autism, that may involve deficits in social skills," he added. The study was published in the journal Animal Behaviour.