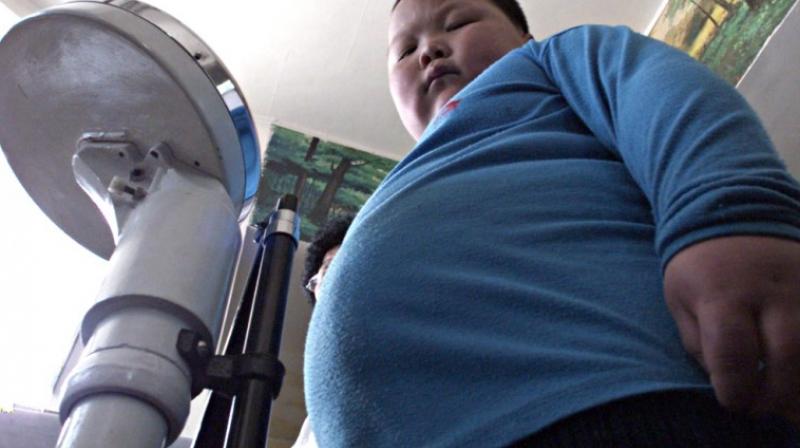 Washington D.C.: A study reveals that 35-40 percent of a child's 'Body Mass Index' - how fat or thin they are - is inherited from their parents.The study was published in journal Economics and Human Biology.

The proportion rises to 55-60 percent, for the most obese children.This suggests that half of their tendency towards obesity is decided by the family environment and genetics.Led by University of Sussex, the study used data on the weights and heights of 100,000 children and their parents covering over six countries worldwide, which includes UK, USA, China, Indonesia, Spain and Mexico.

The researchers found that the inter-generational transmission of BMI (Body Mass Index) is approximately constant at around 0.2 per parent - i.e. that each child's BMI is, on average, 20 per cent due to the mother and 20 per cent due to the father.The pattern of results, says lead author Professor Peter Dolton of the University of Sussex, is remarkably consistent across all countries, irrespective of their stage of economic development, degree of industrialization, or type of economy.

"Our evidence comes from trawling data from across the world with very diverse patterns of nutrition and obesity - from one of the most obese populations - USA - to two of the least obese countries in the world - China and Indonesia. This gives an important and rare insight into how obesity is transmitted across generations in both developed and developing countries. We found that the process of intergenerational transmission is the same across all the different countries," Professor Dolton said.

"This shows that the children of obese parents are much more likely to be obese themselves when they grow up - the parental effect is more than double for the most obese children what it is for the thinnest children. These findings have far-reaching consequences for the health of the world's children. They should make us rethink the extent to which obesity is the result of family factors, and our genetic inheritance, rather than decisions made by us as individuals," the author explained.