A new form of fitness

‘Fartlek’ is a workout combining cardiovascular fitness with strength and endurance. 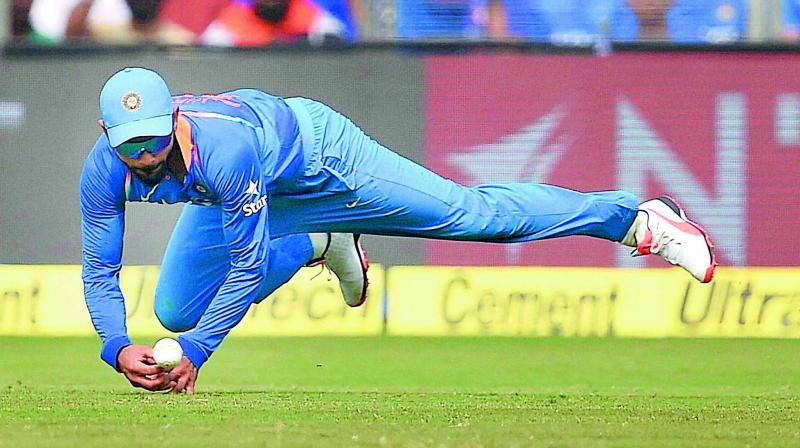 Run up: Virat Kohli has adopted the fartlek training regimen.

A fitness regime called fartlek is firing up the world of sports. A running workout where runners vary their speed for building up strength and endurance, fartlek has become an essential training tool across sporting disciplines today.

The latest to adopt fartlek — Swedish for “speed play” — are the players of the Indian cricket team. In fact, the team’s captain Virat Kohli, who has redefined the approach to the game, has changed his training routine completely after realising the need to transform his body to survive the rigours of playing all three formats of the game.

M.V. Narsimha Rao, director, Hyderabad Cricket Academy of Excellence, believes in the effectiveness of fartlek. “Test cricket today has become more aggressive and dynamic. In ODIs and T20, the fielding standard has gone up so much that players have to be super fit. Fartlek training is essential for our cricketers to cope with the demands of all the three formats and to raise the bar of fitness to compete at a high level,” he says.

The modern athlete today puts in a fair amount of time doing strength and core training, which works on their weaknesses and helps them recover better. “I used to do interval training, which is what it was called then. It helps improve lung capacity and you get a sudden burst of energy for a few seconds. It allows the athlete to get better at the constant pace changes, while keeping the heart rate elevated for an extended period of time,” says badminton player Jwala Gutta.

‘Speed play’ is a tried-and-tested training technique to aid speed endurance. “It’s functional training. Cricket is a sport where we have time for recovery and this workout prepares us for situations that we face during matches,” says Mithali Raj, Captain, Indian women’s international cricket. “While I belong to a generation that took fitness for granted, the transformation has been amazing. There is no substitute for scientific training. Diet and fitness regimes have become as vital as skill training,” says cricket commentator and author Kishore Bimani.

What really is fartlek?