They were suspected of being targeted for allegedly having ties with Fethullah Gulen's Hizmet group. 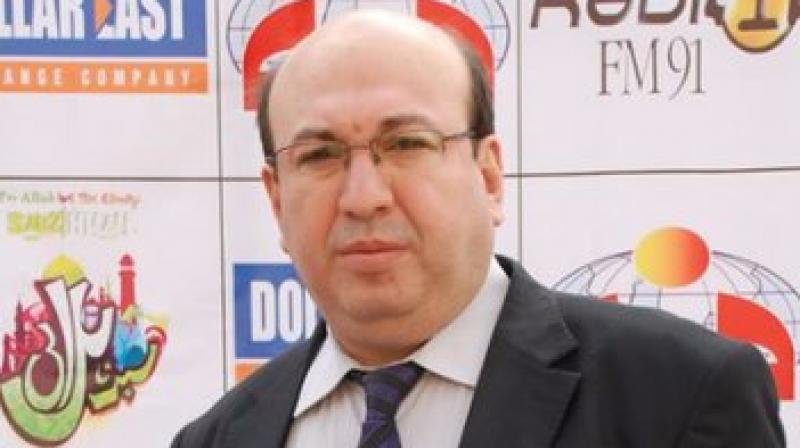 Kacmaz Mesut, his wife and two young daughters were picked up in September by plain-clothed officers, blindfolded and bound before being loaded into trucks and taken away. (Photo: Twitter)

Lahore: A Turkish teacher and his family who were abducted in Pakistan last month have been deported from the country in defiance of a court ruling, a source and a lawyer said Monday, sparking fears for human rights.

Kacmaz Mesut, his wife and two young daughters were picked up in September by plain-clothed officers, blindfolded and bound before being loaded into trucks and taken away, eyewitnesses have said.

Lawyers petitioned the courts on behalf of the missing as fears swirled they were targeted for allegedly having ties to an exiled preacher, Ankara blames for last year's coup attempt.

Ankara accuses Gulen of masterminding a coup attempt against Erdogan's government in 2016 -- an allegation the cleric strongly denies -- and is seeking his extradition from the US.

Pakistani officials refused to comment in the wake of the family's disappearance.

But a friend of the family who spoke said on condition of anonymity Monday -- as he feared for his own security -- said Turkish police had flown to Pakistan to take custody of them.

"Kacmaz Mesut, his wife and two young daughters were handed over to Turkish police at Islamabad airport on Friday night," he said.

"I spoke on phone with Kacmaz Mesut's daughters who confirmed that they have reached Istanbul, but their parents were still in custody while they have been handed over to relatives," he continued.

The daughters, aged 14 and 10, also said that Turkish police manhandled their father during the flight, he added.

Usama Malik, a lawyer for the family, confirmed the deportation and said it had gone ahead despite a ruling by the Lahore High Court directing authorities not to take any action while the petition was still pending.

Malik said that the judge reprimanded authorities Monday and ordered them to submit a explanation by Tuesday.

He also said that Mesut family had been granted asylum in Pakistan as refugees until November 2018.

Pakistan has had a history of enforced disappearances over the past decade, but they had mainly been confined to conflict zones near the country's border with Afghanistan, or to restive southwestern Balochistan province.

The apparent abductions of five leftist bloggers earlier this year also sparked fears that such crackdowns are being extended to activists on social media.