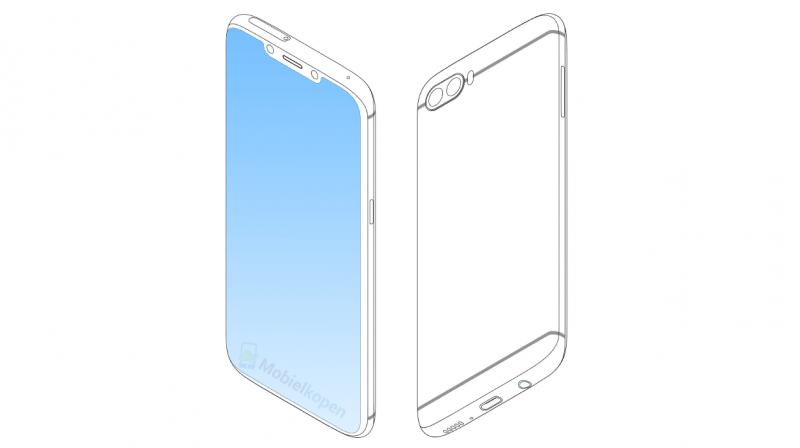 The 'notched display' could possibly show up in one of their upcoming flagships — the Galaxy Note 9? Or, the Galaxy S10? Who knows?

It’s a known fact that Apple’s idea of a full-screen display with a notch has been set as the benchmark, with several companies trying to copy, if not better, the formula. The display notch allows for more useable screen space, allowing several UI elements such as the notification bar to pushed into the released space for liberating more space for usable stuff. Several Chinese OEMs have done it. OnePlus is set to adopt it as well for their next smartphone. And now, it seems that Samsung is also willing to use the notch for one of their upcoming smartphones if the leaks are to be believed.

A leaked patent application files in China from Samsung has been uncovered by Mobilekopen.net that suggests that the South Korean giant will eventually be embracing the display notch for their smartphone lineup. Illustrations filed along with the documents reveal an Apple iPhone X-inspired design, featuring the notch on top of the display. The notch is shown hosting the earpiece, camera and a host of other sensors. The display curves gradually on the edges, like the Galaxy S9. There’s no bottom lip visible, which indicates that Samsung is employing Apple’s expensive solution of bending the display at the edges to accommodate the driver underneath the panel. This also means that the display notch could possibly show up in one of their upcoming flagships — the Galaxy Note 9? Or, the Galaxy S10? Who knows? 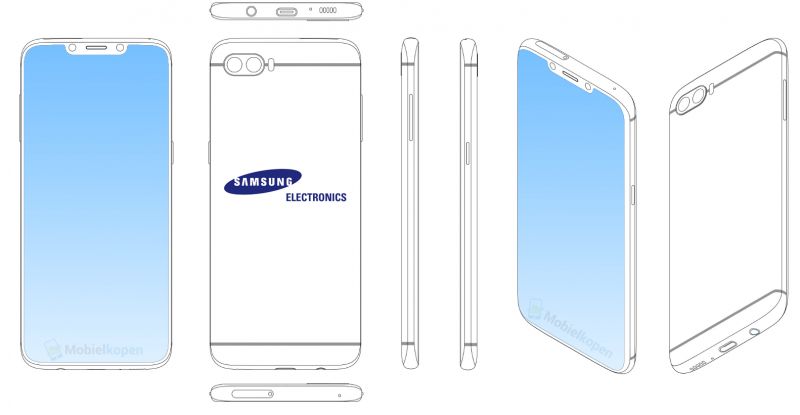 The rear also gets a major makeover — the dual camera module is pushed to the edges, like an iPhone 8 Plus — this is the first time a Samsung phone’s rear panel has seen the complete abandonment of the traditional ‘centre-aligned’ design. The rear is also void of any fingerprint sensor, which means either Samsung will rely completely on the facial recognition system along with the iris scanner or include an in-display scanner. Another surprising element is the presence of the 3.5mm headphone port, which most of Samsung’s rivals have started ditching. Surprisingly, there’s no Bixby key seen on the render — has Samsung given up on forcing its software down user’s throats?

If you are eagerly waiting for this mysterious Samsung device, then keep in mind that these are still rumours and patents often don’t make it to the finished products. Therefore, take it with a pinch of salt. The Galaxy Note 9 is scheduled to be released earlier than expected this year and is rumoured to include a slightly bigger display than the Note 8.