The intrepid Iranian woman is optimistic that one day all her compatriots will be able to watch football matches from the stands back home. 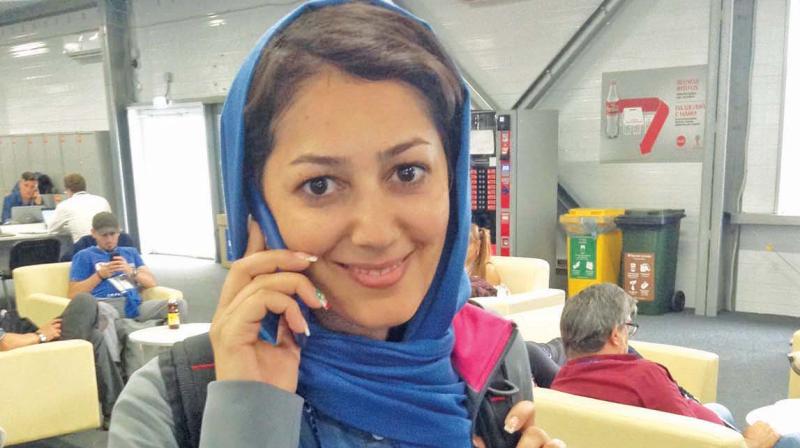 Moscow: Shirmardi Seyedehsamira is the odd-woman out among the hundreds of journalists who are here to report the Fifa World Cup because she can’t watch football matches in her country, Iran. Women are not permitted to enter sports stadiums in Iran, which forced Fifa to call it the Islamic Republic of Iran in all official communication at the World Cup in Russia.

“I’m also the first woman journalist from Iran to report the Fifa World Cup,” she said with a hint of pride. “Football is my main beat. I also cover wrestling, which is very popular in Iran.”

The intrepid Iranian woman is optimistic that one day all her compatriots will be able to watch football matches from the stands back home. “The situation will surely change. That I’m here for the Fifa World Cup is also a small development,” Shirmadi added.

According to her, Iran has about 100 women sports journalists. The main incentive to a football journalist is watching matches from the stands. “I do miss it but I enjoy interviewing stars outside the playing arena. I feel I have a long way to go to become a top-class football reporter. I’m still learning,” she said.

Spanish rules in mixed zone
Around 50 journalists waited for around one and a half hours to speak to the players in the mixed zone after the end of the France-Uruguay quarter-final on Friday. Uruguay players masked their disappointment of the loss to speak to reporters in Spanish. Captain Diego Godin, one of the nicest guys around in football, almost spent 20 minutes with a group. A press officer of the team had to nudge him to finish his interview. Luis Suarez, easily the biggest draw, obliged as many as three groups of reporters. But he turned a deaf ear to entreaties to speak in English.

Having spent considerable time in Liverpool, the striker is one of the few Uruguayans who can speak in the language.

But it was a day of Spanish.