Here’s why science declined in India

The book was translated in Arabic and was highly regarded even by those outside the subcontinent. 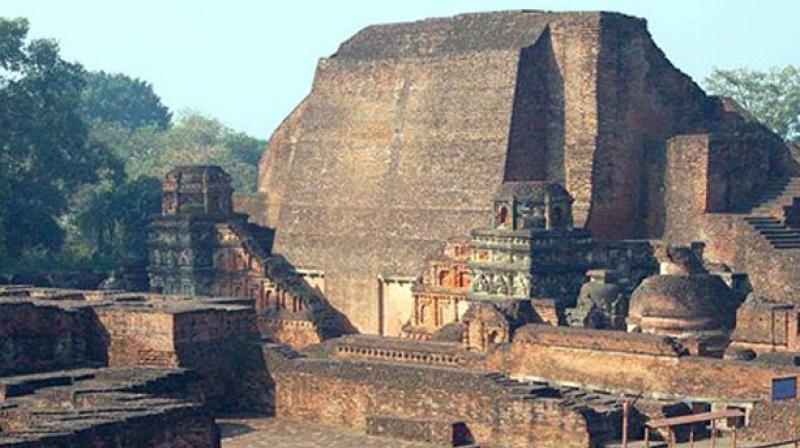 A look at the history of science shows that it flourished in India up to about a millennium ago, at which time it languished in Europe. However, this situation changed and one finds that the progress of science slowed down in India while it began to grow faster in Europe. Why did it happen?

There are numerous reasons for this reversal. They have been discussed and debated extensively by scientists and sociologists of science. Many reasons are usually given, but we will highlight one that may also have a bearing on the present question of why science is not a popular subject amongst schoolchildren in India. That reason is the lack of experimentation as part of learning science.

It goes without saying that the growth in our understanding of science is linked up with the role of experiments. A scientist may be stimulated to solve a riddle posed by nature. While observing certain phenomenon he may wish to find out why it progresses in a particular way. What are the controlling factors? What will happen if any of them undergo a change? Experiments give him the clue to these questions and through them he will get a far better understanding of the physical process under observation. Without such studies, the scientist will not get a proper clue to the answer he is looking for.

If, as the story goes, Isaac Newton, sitting under an apple tree, thought of gravitation when an apple fell on him, the real enlightenment came to him by studying how planets go round the Sun, how the Moon orbits round the Earth, how comets move, etc. Numerous experiments with electricity and magnetism enabled the scientists to put together an elegant set of equations that describe the observed phenomena related to these subjects.

Looking back at the history of science shows us starkly how the experimental part was missing in India. Writing in the Indian Journal of the History of Science, Professor D.P. Roy from the Tata Institute of Fundamental Research highlights this fact. Indeed, doyens of Indian science, like Acharya Prafulla Chandra Ray and Meghnad Saha had worried over this issue a good deal.

The science of chemistry, for example, grew out of the early interest and work on alchemy. Chinese scholar and tourist Hsuan Tsang has recorded that in India there was a famous Buddhist alchemist called Nagarjuna. His influence was considerable and probably thanks to his influence the universities of Nalanda and Vikramasila continued for several centuries to teach alchemy. After the destruction by Bakhtiyar Khilji the alchemists fled to Tibet and the Deccan. From this source eventually Indian chemistry developed. But this development was away from the recognised and respected topics the intellectuals liked to talk about.

Metallurgy was another practical science that flourished around 500-1,000 AD. The famous pillar near the Qutub Minar in Delhi dates back to 400 AD. Made largely of iron, the material is rust resistant. How did the makers of the pillar manage to make an alloy with 98 per cent iron that did not rust? Why did the technological knowhow not survive? Studies of our ancient heritage show that frequent attacks by invaders like Ghaznavi and Ghori destroyed the iron industry. Although revived in a low key during the Mughal period, its death knell came when the British started exporting iron ore to plants in Britain rather than use it for making finished products in India as part of helping their own industry at the cost of Indian industry.

Ayurveda has also an interesting history as explored by experts in modern medicine. The two ancient manuscripts relevant to the medical developments are the Charaka Samhita and the Sushruta Samhita dealing respectively with medicine and surgery. The Charaka Samhita is encyclopaedic in its description of different aspects of medical science and dates back to the first century AD. It had wide influence extending beyond the Indian subcontinent and by 2-3 centuries AD it was translated into Persian, Arabic and Tibetan. Sushruta Samhita on the other hand deals with many different types of surgery. Apart from operating procedures, it also describes the many different types of instruments used. The details seem to be compiled by a Buddhist “hands on experimentalist” rather than a theoretical scholar. The book was translated in Arabic and was highly regarded even by those outside the subcontinent.

Despite the popularity of Sushruta Samhita, the contemporary social stigma attached to blood, dead body or dissection meant that the higher caste members of the society kept away from surgery. The procedures described by Sushruta were therefore acted on by people who were denied access to higher education. As such, any intellectual advance of surgical science was stopped. Rather, it remained frozen at the level when Sushruta described it.

The example of plastic surgery illustrates the situation. Since punishment in the form of cutting the nose was common, there were cases for plastic surgery to restore the nose by adding skin from the forehead. This procedure was used not by brahmin doctors of Ayurveda but by “Koomar” caste men who, however, followed the prescribed procedure without knowing the rationale or theory behind it. Officials of the East India Company came to know of this practice and they arranged to study it. They discovered that the procedure was unknown in Europe and seemed to work well. This was an example of what later came to be known as plastic surgery.

But the worrying aspect of this episode is that it shows how experimental procedures that are so important for the growth of science carried a stigma for the intellectuals of Indian society. This could be one of the reasons why science declined in India and had to be revived in the colonial era.

Reverting to modern times, we find that in our schools experimentation is in low key, if present at all, as part of science teaching. The ideal situation of children learning through experiments performed by them is rare. In some cases the teacher may perform the experiment watched by the class while in many cases the children simply memorise the description of an experiment without watching a real one. It is not surprising that they miss the thrill of doing an experiment and learning the facts themselves. This image of science through rote learning naturally makes it a subject to be avoided!