At the BRICS meet in Goa in October, India labelled Pakistan as the “mother ship” of terrorism globally. 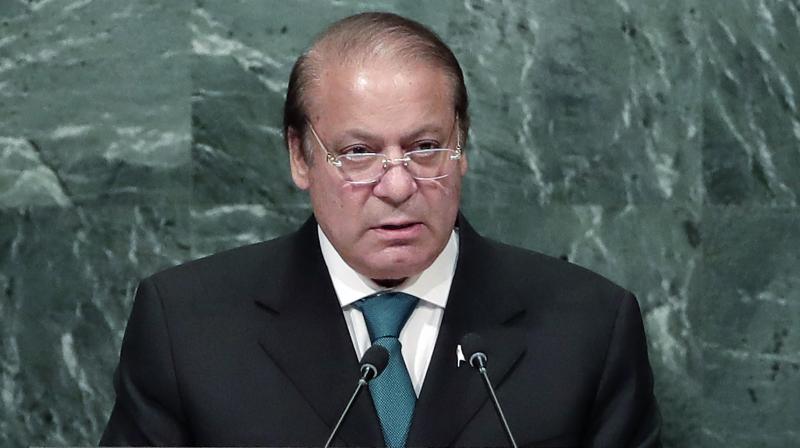 After his brief interaction at the oath-taking ceremony, Mr. Sharif had told me in his Delhi hotel room that the Indian premier was keen to have dialogue with Pakistan.
“I want a Muslim child to hold a Quran in one hand and a computer in the other…I am soon going to send my envoy to Pakistan to discuss Kashmir,” is what the Prime Minister says Modi told him.

There better be some ‘method in this madness’ or else Pakistan’s diplomatic overture – read, large-heartedness - in attending the Heart of Asia meeting in Amritsar, will make Prime Minister Nawaz Sharif appear politically naïve and amateurish on how best to tackle the perpetually hostile government of Narendra Modi.

Ever since his participation in Prime Minister Modi’s May 2014 oath-taking,  Prime Minister Sharif has relentlessly attempted to engage with his counterpart on resuming diplomatic engagement with India in the spirit of the Lahore declaration. After his brief interaction at the oath-taking ceremony, Mr. Sharif had told me in his Delhi hotel room that the Indian premier was keen to have dialogue with Pakistan.

“I want a Muslim child to hold a Quran in one hand and a computer in the other…I am soon going to send my envoy to Pakistan to discuss Kashmir,” is what the Prime Minister said Modi told him.

Yet Modi’s then foreign secretary Sujata Singh sabotaged any message of goodwill that Nawaz Sharif could have taken back to Pakistan when she held a press conference even before the Pakistani Prime Minister could speak to the Indian media. Her message? No discussion on the ‘K’ word and Modi had only discussed terrorism with the Pakistani PM.

It’s been uphill since then; more hot than cold. The Pathankot attack and the investigation, the still-born Ufa statement, the aborted Sartaj Aziz Delhi visit, Modi’s birthday visit to Lahore, the killing of Burhan Wani, the confessions of Kulbhushan Yadav, the bilateral engagement of the National Security Advisors, the Uri attack, the cross-border attacks and mounting civilian and military deaths, the water war and the Indus Treaty, the verbal sword-crossing at the UNGA and so goes the saga.

But Pakistan’s Prime Minister remains determined. The rationale to send a senior Minister to India, even for an international conference has been questioned in Pakistan. Engagement and more engagement is the Sharif mantra. And so his Advisor of Foreign Affair will be in Amritsar. By most media accounts, the Modi government will frame the issues at the multilateral Heart of Asia Conference, within its hostile policy towards Pakistan, especially since the July Uprising in Kashmir. Several factors point to this possibility. Ahead of the Heart of Asia conference, in recent days while cross-border LOC attacks from both sides have been on the rise, Delhi has accused Pakistan of cross-border terrorism. Clearly countering terrorism is likely to be a core agenda at the HoA conference.

With Pakistan itself a repeated target of target of terrorism, it must welcome any suggestion to set up a mechanism for checking cross border terrorism. However the likely scenario of India using this platform to conflate the Kashmiri uprising with terrorism and Afghanistan conflating increasing presence and attacks of Daesh and al-Qaeda with the Pakistan-based Haqqani group, will likely turn any counter terrorism discussion into a censure Pakistan discussion. India is already accusing Pakistan of turning terrorism and cross-border terror as the “new normal.”

Delhi’s unsuccessful diplomatic attempts to isolate Pakistan has not prevented Delhi from trying in recent weeks  - after aborting the SAARC summit that was to be held in Islamabad -  to call for Pakistan’s ouster from AARC. At the BRICS meet in Goa in October, India labelled Pakistan as the “mother ship” of terrorism globally and earlier this week Kabul and Delhi again repeated the mantra of terror from Pakistan being the “greatest threat” to regional peace and stability.

To Pakistan, the reasoning behind the stepped up verbal attack is simple. It’s India’s attempt to sabotage CPEC, as any Indian inclusion in CPEC requires Delhi to engage with Pakistan and resolve outstanding issues. Unlike his own political predecessor, the wise Atal B Vajpayee, with brutality having failed to suppress the Kashmir uprising and with the stories of the post-July saga of over 150plus teenager deaths, the haunting blindness of pellets-targeted Kashmir youths now being broadcast locally and globally, the Modi government’s diplomatic and political aggression towards Pakistan too is on the rise.

While the Modi government deals with Kashmiri defiance and determination through continued atrocities, Pakistan sits at the core of Delhi’s three-point deflection strategy on Kashmir; one, remaining blind to the huge casualties Pakistan itself suffers from terrorist attacks, Pakistan is projected as the cause of all regional terrorism; two, to conflate the Kashmiri uprising with terrorism of ISIS, TTP, al-Qaeda etc and presenting it under the rubric of terrorism to deflect the world’s attention from Kashmir’s killing fields; three, blame Pakistan for initiating cross-LOC attacks and infiltration while Delhi itself increases confrontation along the LOC.

While Delhi’s killing of Kashmiri militant Burhan Wani qualifies as one of India’s biggest Kashmir blunder of the last few decades, it was after the Uri attack that the Modi government launched its aggressive campaign linking LOC attacks, Kashmiri uprising to Pakistan as the cause of all regional terrorism. In Afghanistan’s President Ashraf Ghani, Delhi has found a willing partner to launch an unceasing pincer-move on the diplomatic front against Pakistan,.

Pakistan’s past policies and the global environment that remains enamoured by India’s burgeoning economy and Modi himself,  makes Pakistan, to some degree, vulnerable to such a Delhi policy.

But this is not the way forward. An immediate return to unconditional bilateral dialogue on all outstanding issues simultaneously is the only solution.

For all those seeking peace in the region, for steering away from the poison of hate and violence being sown in our hearts and souls , the million dollar question is if any breakthrough on bilateral India-Pakistan dialogue will be in the offing at Amritsar. The cantankerous cribbing and blame-game, is getting old.