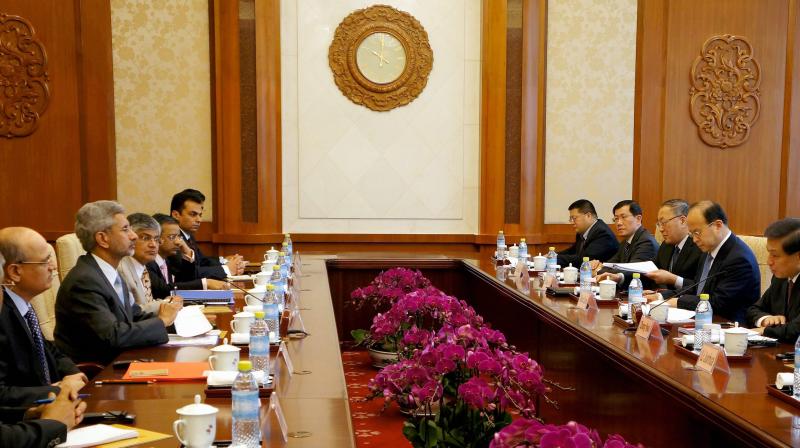 There is a distinct sense of watching repeated replays as India and China hold a dialogue on key issues. Beijing leaves no room to believe it will act in any way to show it is receptive to New Delhi’s eagerness to get Masood Azhar banned by the UN. That effort is indeed now being made by countries other than India, with the United States, Britain and France taking the lead, and Pakistan itself making some moves to indicate it sees the need to act against his organisation’s terror links. All this doesn’t seem to impress China, which will continue to veto the UN resolution. India’s entry into the NSG is a legitimate ambition of a responsible nuclear power, but here too China is stuck on old arguments over the admission of a non-NPT signatory.

Foreign secretary S. Jaishankar’s negotiations with China’s vice-foreign minister Zhang Yesu in Beijing this week appear to have gone nowhere, and India indicated openly that our views differ. China believes India’s Azhar and NSG demands are multilateral, not bilateral issues. While it proffers India a fanciful invitation to join the Silk Road, one which Delhi can’t accept as the China-Pakistan Economic Corridor passes through occupied Indian territory, it also shows Beijing favours a “dialogue” where it stresses its own point of view but refuses to heed India’s viewpoint. Whether India should now recast its whole China strategy or simply keep the same dialogue process going is a matter of state policy. Of course, it can never do any harm to keep talking.