Justice Sen’s understandable concern for Hindus stranded in Pakistan, Afghanistan and Bangladesh does him credit. 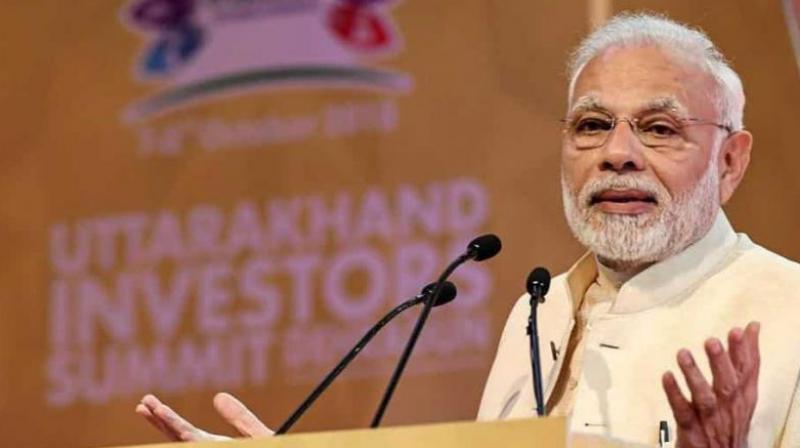 But the fear remains that Prime Minister Modi might look the other way while Sangh Parivar bullies build temples on disputed land and tame bureaucrats encroach on our secular liberties. (Photo: File) 514 Characters Remaining DC Original image? OR Selection Preview

As the sands of 2018 trickled away, Naseeruddin Shah’s snub to Imran Khan for daring to comment snidely on India’s minority position reminded us that Sudip Ranjan Sen, the Meghalaya judge, had the logic of numbers on his side in claiming India “should have been declared a Hindu country”. The founding fathers who wrote our Constitution must have known that since many of the 80 per cent of Indians who identify as Hindu are poor and illiterate, a state that subordinates pluralism and tolerance — hallmarks of our civilisation — to religion would “fall back quite rapidly through the centuries into the barbarism and privations of the Middle Ages”, as Winston Churchill had once warned.

Perhaps the slide has already begun. Much will depend on the composition of the 17th Lok Sabha, with the Congress Party, having scented blood, paying the Bharatiya Janata Party back in its own Hindu coin. Some might say that India is coming into its own, exposing Macaulay’s societal imprint as only a veneer. The narrowing gap between rulers and the ruled confirms they are made of the same clay. The coming 12 months will show how lasting is the vestigial respect for constitutional propriety and inherited institutions — both under attack — set against the demands of temples to mythic gods.

A Hindu state may not have raised much cavil if it had respected Sri Aurobindo’s belief that “Hinduism … gave itself no name, because it set itself no sectarian limits; it claimed no universal adhesion, asserted no sole infallible dogma, set up no single narrow path or gate of salvation”.  Former President Sarvepalli Radhakrishnan’s definition of Hinduism as the conviction “that truth was many-sided, and different views contained different aspects of truth which no one could fully express” projected the same universalism in less lyrical language. But these perceptions are not likely to impress anyone in the milieu where organisations like the Bajrang Dal and Sri Ram Sene recruit strong-arm militants.

The problem therefore is not the song but the singer. Some Rashtriya Swayamsevak Sangh pundits might be compared to Churchill’s brahmins who practised rigorous untouchability and then chopped logic with John Stuart Mill or pleaded the rights of man with Jean Jacques Rousseau. But such contradictions disappear lower down the scale — villagers who applauded the death of 18-year-old Roop Kunwar on her husband’s cremation pyre in Rajasthan on September 4, 1987 had never heard of Mill or Rousseau. Although 45 persons were charged with murdering the girl, and 11, including state politicians, accused of glorifying sati, all 56 were subsequently acquitted.

While Roop Kanwar’s death provoked a sense of horror and outrage in educated urban circles across the country, adulatory rural masses chanted “Sati mata ki jai!” These are the people who are defining contemporary Hinduism in the light of their own understanding of the religion, not Sri Aurobindo’s or Radhakrishnan’s. They attack bars and discos, desecrate churches and chapels, lynch innocent people suspected of eating or stocking beef, drag a Harijan youth off a horse here and force Muslims to undergo ghar wapsi ceremonies there. It is crude and coercive. So are name changes, attempts to rewrite history, sneering references to Muslims, and the priorities of politicians like Yogi Adityanath, the chief minister of Uttar Pradesh, who is investing nearly `400 crores in cattle sheds while policemen are murdered with impunity.

Justice Sen’s understandable concern for Hindus stranded in Pakistan, Afghanistan and Bangladesh does him credit. But his comment that “Pakistan declared itself an Islamic country, and India, since it was divided on the basis of religion, should have also been declared a Hindu country but it remained a secular country” can be faulted on two counts. First, India was not created as a mirror image of Pakistan. It was the existing mother country from which Pakistan seceded because it wanted an Islamic identity. Second, pre-independence India wasn’t secular technically. Despite the overwhelming Hindu majority and substantial Muslim minority (to say nothing of the Sikhs, Buddhists, Christians, Jains and Parsis), the Anglican Church was India’s “established” faith until March 31, 1948 when Christianity’s official status was abolished.

As for being “confident” that “only … Shri Narendra Modiji” can understand the plight of Hindus who are “tortured” abroad, have nowhere to go and are still considered foreigners even if they entered India at the time of Partition, the solution doesn’t lie in a so-called Hindu state as defined by the Sangh Parivar roughs and toughs. The answer is to ensure a scrupulously fair application of an unambiguously worded equivalent of Israel’s Law of Return. A secular state which guarantees individual and corporate freedom of religion, protects the right to worship, and does not seek either to promote or interfere with any religion, and whose government is not connected to any particular faith, is the best guarantee of security for Hindus and Muslims alike. England is secular despite officially being Anglican. So is the United States, thanks to the First Amendment to the Constitution.

Any Hindu state that the BJP creates would be dwarfed and deformed by the imprint of Sangh Parivar activists who are still fighting centuries of Muslim invasions. Religion for them is an armoury of prejudices, superstitions, enmities and instruments of war as well as rites and rituals. There is no hint in their rampaging of Sri Aurobindo’s philosophy that Hinduism is “less a creed or cult than a continuously enlarging tradition of the Godward endeavour of the human spirit”.

No one expects the National Democratic Alliance to force unwilling Indians into the Hindutva straitjacket in the coming year. But the fear remains that Prime Minister Modi might look the other way while Sangh Parivar bullies build temples on disputed land and tame bureaucrats encroach on our secular liberties. Secularism is not — as is commonly thought — a concession to minority groups. It is India’s essential safeguard against Indian zealousness.