Restaurants on board two ships - Queensline Neverland and Queensline Sea YAH will be parked few miles into sea off Gateway of India. 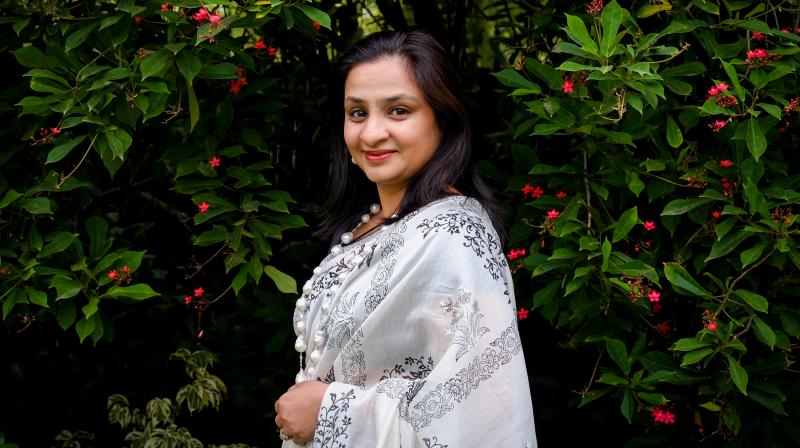 Mumbai is all set to receive a very special gift – its largest ever dining room on the sea.

On November 10, India’s financial capital will witness the unveiling of its largest ever floating restaurants, giving diners the enviable experience of having a sumptuous meal in the middle of the Arabian Ocean while catching on the city’s iconic skyline.

The restaurants on board two large ships - Queensline Neverland and Queensline Sea YAH will be parked a few miles into the sea off Mumbai’s iconic Gateway of India.

Each ship will be able to accommodate 450 diners at any given point of time.

The restaurants will be multi-cuisine and will have the best flavours from across the world. There is however, another bonus – the ships will also cruise across Mumbai’s shoreline, giving diners an unparalleled experience of seeing India’s majestic city at sun set over a sumptuous meal.

The restaurants are owned by Delhi-based entrepreneurs and husband-wife duo Mridul Thirani and Shripriya Dalmia Thirani.

It was the idea of senior minister in Prime Minister Narendra Modi’s cabinet, Nitin Gadkari, to open up Mumbai’s Eastern Sea front and turn it into a Riviera similar to that in the Mediterranean or Western countries.

Gadkari is expected to open the restaurants along with a host of other dignitaries included the Chief Minister of Maharashtra, Devendra Fadnavis on November 10.

Passengers will be picked up from designated points across Mumbai’s coastline and taken on board the ship for an unparalleled dining session coupled with a cruise that would allow people to see the city from the water.

“The wait is almost over. This is our gift to Mumbai. People in this city love to work hard and party hard. We wanted them to have a brand-new place to relax and what better than the middle of the sea, looking at the shoreline – the imposing sky scrapers creating a perfect silhouette against a setting sun. The food will be the best of global flavours. Indians don’t have to travel abroad for such flavours anymore,” Shripriya Dalmia Thirani said.

The ships have been bought from Turkey. Interestingly, the duo hurled the Indian flag over the Bosporus in Istanbul along with two of the ship’s original owners before it set sail for India.

History was made when the duo in their late 30s won the first ever bid to open restaurants on the Arabian Sea. Both of them who are rank outsiders in the food and restaurant business beat industry honchos and swung the tide towards them by a demonstration of their sheer love for Mumbai and its waterfront.

Shripriya also intends to open the ships for fairy tale destination weddings. “Water is a very auspicious space and perfect for Indian weddings. Many Indian families you will see now are travelling to sea-side destinations for their weddings. Now they don’t have to travel too far. I have brought that fairy tale to their doors now. The two ships can be a perfect host – maybe one for the bride’s side and the other for the groom’s,” she added.

According to Shripriya, food is central to the DNA of India. The psychographic profiling of India’s youth confirms that they are very liberal, enjoy experimentation and greater consumption. Eating out is a habit and not an occasion driven activity. The rise of eating out economy has propelled the restaurant industry to $48 billion, according to a report by the National Restaurant Association of India. Interestingly, Mumbai is the tourism hub of India which boasts of over 55 million domestic visitors and 5.10 million international visitors annually. Over 15 million people inhabit the city. Mumbai houses over 500 restaurants. But till now, not a single restaurant has been on the Arabian sea.

Thirani said, “Imagine a classic Turkish vessel standing majestically off the coast near Gateway of India. Adding to the historic view and a delectable feast, this vessel will have an international feel to it from the outside and have the warmth of an Indian embrace from the inside. A meal ceases to be just a meal then. What it ends up becoming is a feast for all our senses.”

There is already a rush to book space on the two vessels. Shripriya, a mother of three, is the alumni of The Indian Institute of Learning and Management which is affiliated to the University of Bradford and an MBA from Symbiosis Pune, says pre booking will begin mid-October.