Sources said that the aggressive stand taken by Mr Thackeray is another in a long line of pressure tactics against the BJP. 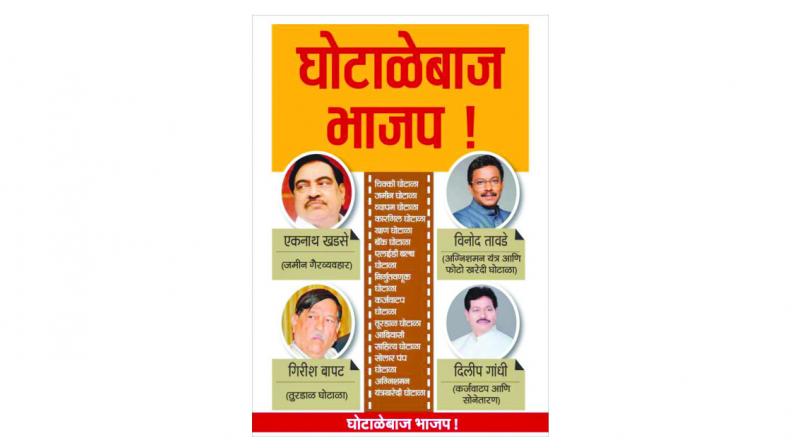 Mumbai: At a time when the state government has just completed three years in power on Tuesday, Shiv Sena has decided to intensify its attack on ruling ally, BJP, by planning to distribute a booklet detailing allegations of corruption against BJP.

The Sena had prepared this booklet in February 2017 for the municipal elections. In a meeting on Wednesday, Sena chief Uddhav Thackeray asked his party leaders to redistribute the booklets, provocatively named “Ghotalebaj (corrupt) BJP”, and expose the BJP on ground. Sena chiefs of a few districts, coordinators of all districts, senior ministers and MPs were present at the meeting. The move is seen as retaliation to chief minister Devendra Fadnavis’ series of jibes at the Sena recently.

“Ghotalebaj BJP” is a compilation of charges of corruption against the BJP during the NDA reign. The book details the alleged Kargil scam; tehelka scam; and recent allegations against former minister Eknath Khadse, minister Girish Bapat, Sambhaji Nilangekar Patil and others. Even BJP MP Kirit Somaiya's allegations against Congress and NCP leaders and their current status finds mention in the booklet.

A MLA and district chief from Marathwada said, "We have been given copies of booklets printed for the 2017 municipal elections and heavily used in the Brihanmumbai Municipal Corporation (BMC) election. The booklet is about cases and allegations of corruption against BJP leaders. We will now distribute the booklets in our area.”

Sources said that the aggressive stand taken by Mr Thackeray is another in a long line of pressure tactics against the BJP. A senior Sena leader on condition of anonymity said, “The Sena leadership's opposition to the entry of Narayan Rane in the state cabinet is well known. CM Fadnavis has clearly indicated that he will not come under pressure. In such a situation, the Sena is taking to the streets to put public pressure on the government.”