The day’s event had a special display of the Indian Army Band at both the venues. 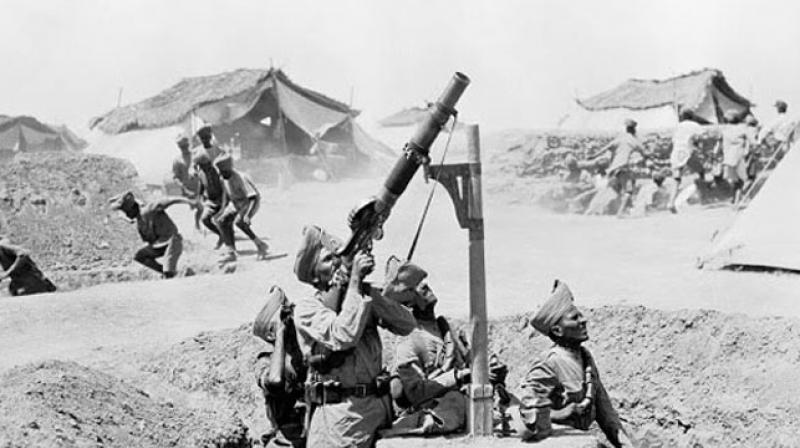 India’s role in the War was significant — over 1.4 million Indian servicemen fought in theatres across Europe, the Middle East and East Africa, making the Indian contribution the largest non-British contingent in the British armies. (Photo: AFP/Representational)

Kolkata: The British deputy high commission Kolkata on Sunday commemorated the Indian Army’s contribution to the World War I at a ceremony on the 100th anniversary of the Armistice Day which is observed every year — as it marks the day the World War I ended in 1918 — at 11 am on the 11th day of the 11th month.

India’s role in the War was significant — over 1.4 million Indian servicemen fought in theatres across Europe, the Middle East and East Africa, making the Indian contribution the largest non-British contingent in the British armies.

To mark the occasion the British Deputy High Commission organised a commemoration event at the Commonwealth War Graves Cemetery in Bhowanipore straight after the Remembrance Sunday Programme at the Cenotaph in Maidan. The day’s event had a special display of the Indian Army Band at both the venues.

British Deputy High Commissioner Kolkata Bruce Bucknell said, “I am privileged to be here in Kolkata and have the opportunity to pay tribute to those who lost their lives in war. We recognise India’s remarkable contribution to the war effort, from the third of the total force of the British Expeditionary Force who fought in Belgium in 1914, to the  21,000 from the North East of India who supported the war effort in Europe and the Middle East in 1917-18.”

Defence advisor to the British high commission Mark Goldsack, said, “Remembrance is our opportunity as a society to recognise the sacrifice made by all soldiers, on all our behalves, irrespective of their backgrounds.  It is not about the politics of the conflict, it is about honouring the self-sacrifice of those who paid the ultimate price.”