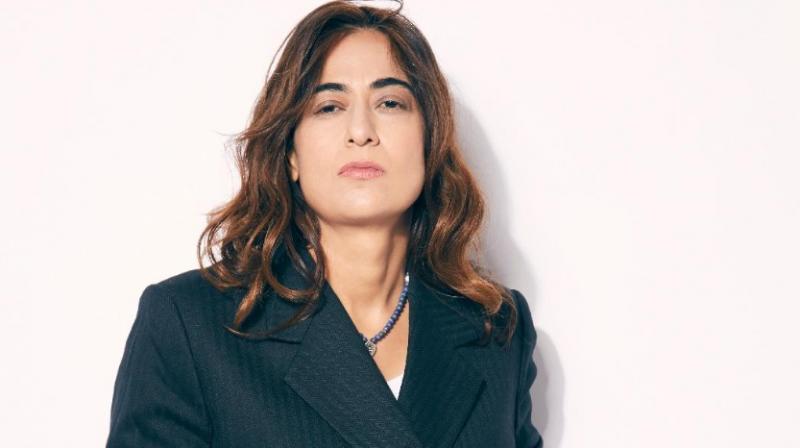 Arsala Qureishi launched Blow Media right before the pandemic hit the world. Blow Media’s manifesto is clear it will create digital content that is relevant, contemporaneous and relatable on an international platform and with international names attached.

Blow Media’s first foray was a Hollywood Bollywood collaboration with STEP UP 2 actor Robert Hoffman in the lead along Actor/Influencer Jas Sagu. It was a music video ‘(Aag Ka Gola L.A.) shot extensively in Hollywood. We were keen to know what her next step will be in the face of the New Normal that has hit the entire world.

Arsala Qureishi has great plans for 2020. Her book ‘Separated by Ten Inches’ is slated to release later this year and simultaneously she’s working on a screenplay based on the book.

‘Separated By Ten Inches’ is prophetic to the times we inhabit she says’ it’s about an unnamed cataclysmic event that has ravaged the world which induces a state of paranoia; amongst this erupts a story of hate, greed, connectedness and love; reminding us that transition is undulating and often impossible to tell one from the other.

‘We can’t remain trapped in the mental coordinates of a world that no longer exists, our Life and Art will have to depict some semblance of reality or it won’t be relatable. ‘We are living in historic times our response has to be lucid and synchronized with the times.’ I don’t see a world with boundaries and if there are lines drawn by man they don’t have to exist in our hearts.’

A huge Hollywood name is next on her list, but she doesn’t divulge the name and says it’s going to be a shocker!