Making sense of a stroke 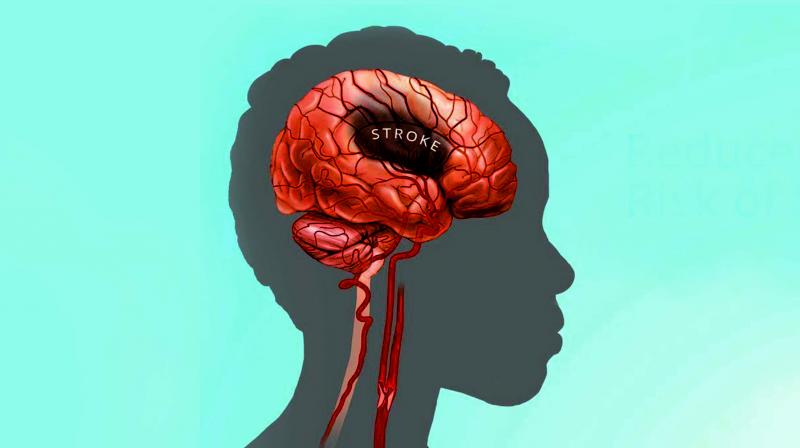 Relapse can take place especially in strokes due to critical block of blood vessel, especially the carotid artery in the neck. It can also happen if aneurysm or arteriovenous malformation has been missed.

Stroke is a condition that can affect people at any age but it is largely being seen in 30 to 40-year-olds and that number is on the rise. The incidence of stroke in this age group is 15 per cent. India reports more than 1.8 million cases of stroke every year. This is a productive age group and not only the individual but also the family is affected with mental and emotional challenges when he/she suffers a stroke. The first 90 days after stroke is stated to be the ‘golden period’ as the patient can be best rehabilitated in this period.

Dr Alok Ranjan, senior consultant neurosurgeon at Apollo Hospitals, talks about the treatment options and the family’s role in rehabilitating the patient.

1 How important are the first 90 days for a stroke patient? What is the protocol?

The first three months are crucial because maximum neurological recovery can take place if the right treatment strategy and good rehabilitation are provided to patients. Actually, the protocol starts within minutes of suspecting a brain stroke. In an ischemic stroke, every minute matters in the golden period. Immediate CT scan is to be done to establish the diagnosis. The patient should be shifted immediately to a specialised centre where there is a facility for CT scan and if possible, MRI scan and a CATH LAB. Or intravenous clot buster drugs can be administered and mechanical thrombolysis can be performed. If brain swelling is life-threatening, temporary removal of skull bone can be of great help. In hemorrhagic stroke and venous stroke in postpartum women, facility for neurosurgical care should be available.

2 Once the 90 days of recovery are over, is there chance for relapse?

Relapse can take place in strokes due to critical block of blood vessel, especially the carotid artery in the neck. It can also happen if aneurysm or arteriovenous malformation has been missed.

3 How can strokes be classified?

Strokes are of various kinds. Ischemic strokes are caused by lack of blood circulation to a specific part of the brain due to blockage of a certain blood vessel. Diabetes, abnormal lipids and smoking are some of the known causes. The second type of stroke is due to bleeding in the brain. This is common among hypertensive patients as well as people with congenital vascular diseases. The third type of stroke is called venous infarction and is common among women during the time of child birth. The fourth type of stroke is called subarachnoid haemorrhage, which happens due to rupture of a blood vessel in brain.

4 Do the functional recovery and task-specific recovery come back to how they were before stroke?

Theoretically, it is possible. But a very small percentage of patients are able to come to the right centre at the right time. The golden hour is very important and that is the key period for recovery.

5 How do comorbid conditions affect the recovery of stroke patients?

Some of the comorbid factors such as diabetes, hypertension, smoking can not only cause stoke but if not controlled, will cause recurrent stroke even after recovery. Abnormal lipid levels like cholesterol and triglycerides can sometimes be genetic in nature but quite often are due to poor lifestyle and dietary habits.

6 A major concern among the family members is recovery of speech and movement. Can these be brought back to the minimum optimal level?

Speech and movement are basic functions. Once again, golden period is very important. It is possible to get these back in certain population, especially in ischaemic stroke, if clot busting is successful.

In young stroke patients, results are better if the treatment in the golden hour is appropriate. The older population obviously will fare poorly because of less regenerative capacity of the brain.

What is stroke?
Stroke is a medical condition in which poor blood flow to the brain results in cell death. Stroke is one of the most common neurological disorders. According to the World Health Organisation, it is the second most common cause of death worldwide. Stroke cases will rise to 6.5 million in 2020, according to clinical cases that are reported worldwide.