A lack of symptoms makes the diagnosis and treatment of this viral disease difficult. Improved awareness is the only recourse. 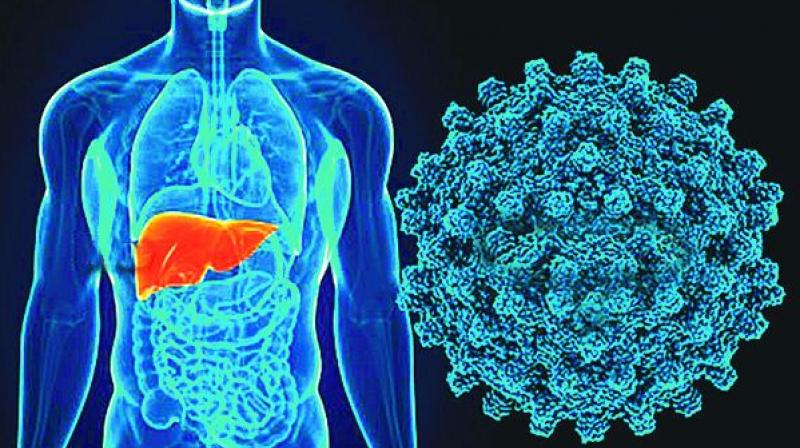 Patients diagnosed with the disease should be given a clear idea of how it can spread, and how it can be treated. For this, physicians at the primary healthcare level need to be counselled, so that they can diagnose better and treat patients

Hepatitis C kills more people every year than malaria and tuberculosis, according to the World Health Organisation (WHO). What makes this disease deadly is the near-absence of visible symptoms. Though 1.5 million people world-over suffer from Hepatitis C, only 20 per cent of them are diagnosed and treated.

What is Hepatitis C and how is it caused?
Hepatitis C is an infection of the liver by the Hepatitis C virus. Most people suffering from the disease show no or mild symptoms, which is why it often goes undiagnosed. Persistence of the infection can lead to progressive liver damage, resulting in cirrhosis (a loss of liver function accompanied by the hardening of the liver) or liver cancer.

Hepatitis C is communicated through contact with infected body fluids, most often blood. The virus is transmitted through shared needles, commonly encountered among people who received blood transfusions before 1990, or through sex with an infected person. It can also be transmitted because of unhygienic body piercing and tattooing practices. There is no clear evidence of Hepatitis spreading through shared food and water, casual contact, or by kissing.

What is the estimated number of people suffering from Hepatitis C in India?
Hepatitis C infection is a fairly common disease. It affects nearly 3 per cent of the world’s population. In India, 0.5% — 1.5% of the general population suffers from it, and the numbers can be as high as 10% in the north-eastern states and Punjab.

What is the state of awareness regarding Hepatitis C in the country?
According to a study published in the journal Lancet, fewer than half the participants of a survey conducted in India had heard of Hepatitis C, and only one in 20 persons was aware of his status. Less than 10 per cent of the patients suffering from the disease are identified. This is because of the lack of public awareness programmes coupled with the primary care physicians’ inability to test for Hepatitis C.

Apart from poor diagnosis, another problem is that less than 5 per cent of Hepatitis C patients in India have access to specialised care, and less than 1 per cent start the appropriate treatment regime. Reasons for these statistics are a lack of resources and the high cost of treatment.

WHO has stressed the fact that there is a cure for Hepatitis C, and that people must know about it. What is this cure?
Yes, it is important for people to know that there is a cure. With the emergence of new direct-acting antiviral (DAA) drugs, most patients can now be completely cured of Hepatitis C. And DAAs are available in India at a relatively cheaper rate compared to the rest of the world.

What are the preventive measures that can be implemented at a personal and community level?
At a personal level, it is important to avoid sharing needles, having sex with an infected person, and getting piercings or tattoos at an unhygienic place. At a community level, it is important for healthcare providers to implement the appropriate safety measures and also follow protocols during blood transmissions, diagnostic tests, and surgeries.

Patients diagnosed with the disease should be given a clear idea of how it can spread, and how it can be treated. For this, physicians at the primary healthcare level need to be counselled, so that they can diagnose better and treat patients.