Cannabinoid 1 (CB1) receptors are proteins to which the substances dock and thus trigger a signal chain. 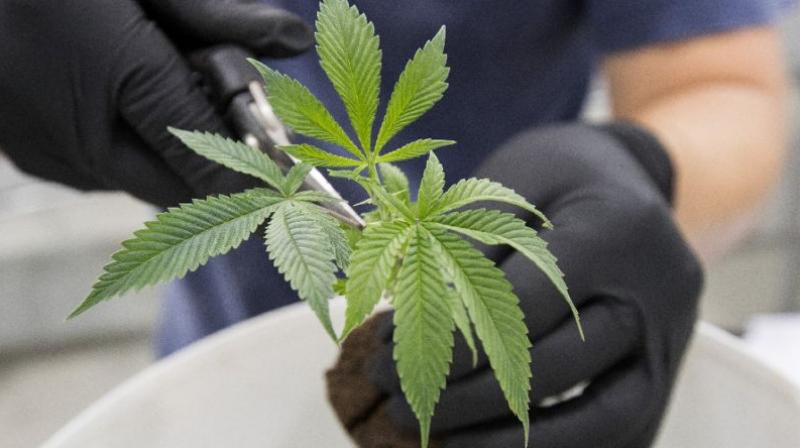 It looked as though the THC treatment turned back the molecular clock (Photo: AFP)

Washington: German researchers have found that small dose of cannabis taken in older age can reverse the ageing of the brain and boost memory. The study further opens up new options when it comes to treating dementia.

Scientists at the University of Bonn with their colleagues at The Hebrew University of Jerusalem (Israel) found regular, low doses of tetrahydrocannabinol (THC) - the main psychoactive ingredient in cannabis - impaired memory and learning in young mice, but boosted the performance of old ones and can help in treating dementia.

The team administered a small quantity of THC to mice aged two, twelve and 18 months over a period of four weeks. Afterwards, they tested learning capacity and memory performance in the animals - including, for instance, orientation skills and the recognition of other mice.

The results suggested that mice, who were only given a placebo displayed natural age-dependent learning and memory losses.

In contrast, the cognitive functions of the animals treated with cannabis were just as good as the two-month-old control animals.

Andreas Zimmer from the University of Bonn said the treatment completely reversed the loss of performance in the old animals.

These cannabinoid 1 (CB1) receptors are proteins to which the substances dock and thus trigger a signal chain.
Zimmer added that when the activity of the cannabinoid system declines, we find rapid ageing in the brain.

The findings were surprising: the molecular signature no longer corresponded to that of old animals, but was instead very similar to that of young animals. The number of links between the nerve cells in the brain also increased again, which is an important prerequisite for learning ability.

It looked as though the THC treatment turned back the molecular clock, Zimmer noted. The study has appeared in the journal Nature Medicine.

The results appeared in the journal Nature Medicine.